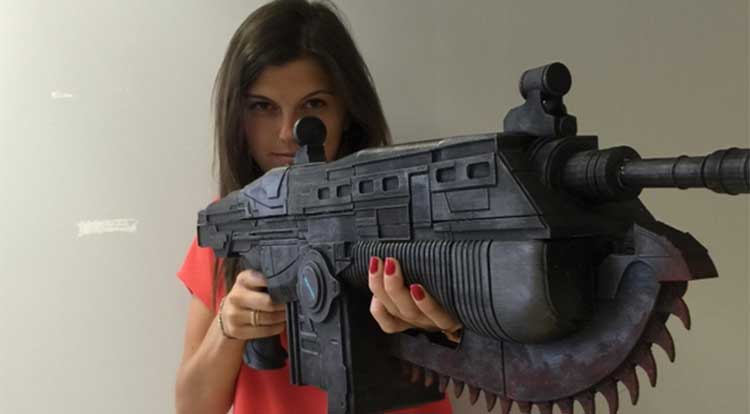 [3D Printing] Love Gears of War? Have a 3D Printer? Print your own GoW gun today!

MyMiniFactory, a repository of 3D models for 3D Printing have unveiled a Gear of War Lancer Chainsaw gun that you can print yourself! HOLY S-BALLS!

The Mark 2 Lancer Assault Rifle was an upgrade to the Mark 1 Lancer Assault Rifle, produced with a chainsaw bayonet, increased accuracy, lower recoil, and larger ammunition carrying capacity compared to its predecessor. Designed by Professor Adam Jonathon Fenix during the first year of the Locust War, the second-generation Lancer soon became the staple weapon of Gears across Sera and the official workhorse of the COG.

If you are a MyMiniFactory member (sign up for free), you can download the model and get it printing on your 3D printer. Though I have a Replicator 2, I really think this would print best on the new Ultimaker 2 Extended.

If you don’t have a 3D printer, you can pay $300 and get all the 3D printed parts delivered to your home, and then you can paint and assemble the gun yourself. Or… if there are ten of you who want to fund the new Major Spoilers Ultimaker Printer, I’ll send you the printed gun in exchange for your patronage. (that’s a joke, but if you are serious and have $1000, contact me).