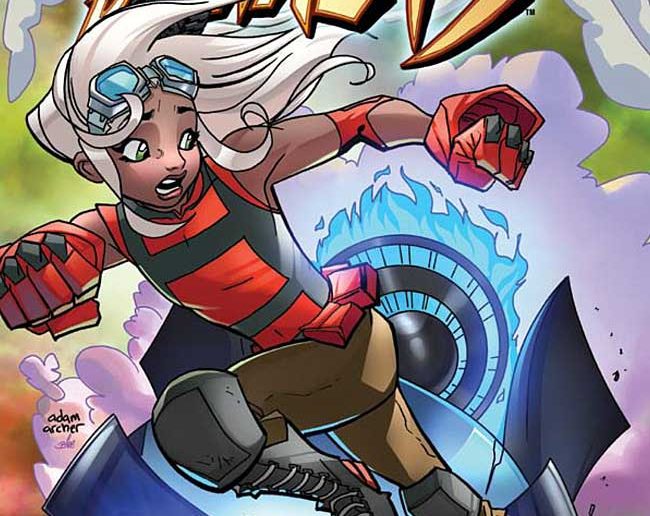 Crack the speed barrier wide open in this thrilling new adventure that redefines what it means to go full throttle! Shine’s team reaches the third leg of the Super Bonk Rally, and their competition heats up as the desire for triumph means the racers will stop at nothing to reach victory lane—including the death of their fellow drivers! Meanwhile, discover the truth behind Shine’s ascension towards the top, and what sacrifices she had to endure in order to make her dream a reality! Told in a series of five legs within the race of all races—the Super Bonk Rally, this five-issue mini-series will span amazing landscapes and death-defying terrain, as these racers go completely Psycho Bonkers!