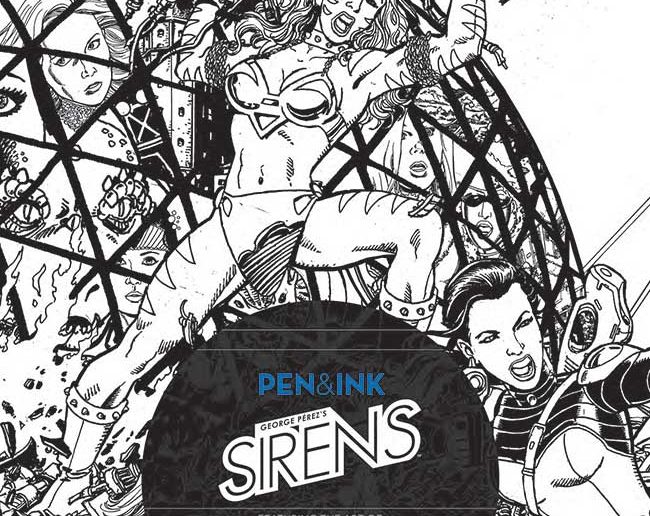 George Pérez’s Sirens: Pen & Ink #1
Writer: George Pérez
Artist: George Pérez
What’s to Love: With the previous editions of Pen & Ink featuring the art of industry veteran Brian Stelfreeze (Day Men) and newcomer Vanesa R. Del Rey (Hit), we wanted to go back to a comics legend, and naturally that had to be George Pérez! His detailed pencils and inks on George Pérez’s Sirens—his first original title in over 10 years—are on full display and are a testament to the lasting popularity of his skills.

What It Is: Perfect for fans who want to look “behind the scenes” of making comics, the Pen & Ink series features artwork from highly skilled illustrators stripped down to their inks in the original artboard dimensions of 11” x 17”—or, in this case, and for the first time in a Pen & Ink book, stripped down to the pencils alongside inked and lettered pages. Get a detailed look at the making of George Pérez’s Sirens #1 from one of the industry’s greatest masters.