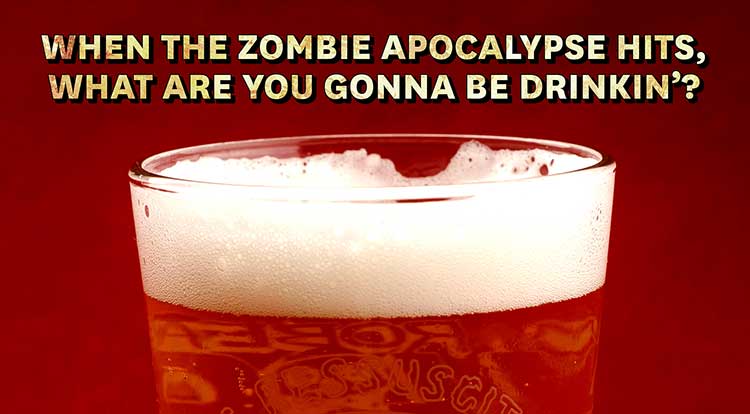 Skelton Crew Studio, the sculpting house responsible for creating an array of high-end, limited edition replicas based on award-winning comics properties such as Locke &Key, Hellboy and CHEW, is excited to announce a new partnership with acclaimed comics creator Alan Robert to produce an exclusive line of collectables based on his hit comic Killogy (IDW Publishing).

The first products from the collection will make their debut at Boston Comic Con, July 31 – August 2, 2015. Two 16 oz. etched Killogy Pint Glasses will be available for purchase at Skelton Crew Studio’s booth (D517), retailing at $10.99 each. One design features the voodoo artwork found in the comic, circled by an ominous warning of the impending apocalypse, and the other displays a bold Killogy skull logo. Each glass comes complete with a full-color, double-sided “Voodoo Brew” Drink Recipe Card, designed by Robert, using his signature artwork. So have a drink before the dead begin to rise from their graves — it just may be your last!

More products are already in the pipeline and are expected for an early 2016 release, including a plush severed head based on the sarcastic, wisecracking Killogy character One-Eye Tessio. Fans of the comic will not be surprised to discover that One-Eye comes packaged inside his trusty Italian Ices container, just like in the books.

“Killogy is such an original concept and an amazing read,” said Skelton Crew Studio head Israel Skelton. “Alan is a huge talent and clearly an idea machine. We couldn’t be more stoked to be working with him.”

Robert adds, “With a roster filled with comics greats like Mignola, Templesmith, Hill & Rodriguez, and Layman & Guillory, I am extremely humbled and flattered to be welcomed into the Skelton Crew family! They produce some of the best replicas I’ve seen around and they are completely dedicated to bringing each creator’s vision to life.” Killogy received critical acclaim and was named one of Bloody Disgusting’s Top 5 Best Mini-Series of 2013. It received two Ghastly Awards nominations and picked up a Horror Comic Award from The Horror News Network. The apocalyptic dark comedy is now in development to become an animated series starring Frank Vincent (Goodfellas, The Sopranos), Marky Ramone (the Ramones), Brea Grant (Heroes) and Doyle Wolfgang Von Frankenstein (of the Misfits fame). The celebrities all appeared inside the pages of the comic as well. In May, Rolling Stone posted a six-minute animated teaser. The animation was produced by Robert’s Wasted Talent Entertainment, in association with Squeeze Studio Animation and Rodney Barnes, the producer of The Boondocks. Check it out at http://www.killogyanimated.com

About Alan Robert
Alan Robert is best known for being the primary-songwriter and bassist for the respected hard rock group Life of Agony for over two decades. LOA recorded several studio albums for Epic/Sony and Roadrunner Records, developing a cult following in the process. The band has shared the stage with the biggest names in rock, including Kiss, Metallica, Black Sabbath, and The Red Hot Chili Peppers. The group has headlined concerts as large as 500,000 people in attendance. In recent years, Robert has made a name for himself by creating several hit horror comic properties published by IDW Publishing. Titles include Killogy, Crawl to Me, Wire Hangers, and the upcoming death angel epic The Shunned One.

About Skelton Crew Studio
Founded in 2008 in the wilds of Maine, Skelton Crew Studio and its limited edition, high-end replicas and collectibles have been featured on G4’s “Attack of the Show,” the Onion’s A.V. Club, MTV Geek, Comics Alliance, Bleeding Cool and many more outlets. The studio has built a reputation for fine quality, hand-craftsmanship and painstaking attention to detail.

Earlier this month it released Gwendolyn’s Pike-Axe and Devlin’s Shield from David Petersen’s acclaimed “Mouse Guard.” Up next: one badass plush cybernetic rooster from “CHEW.”