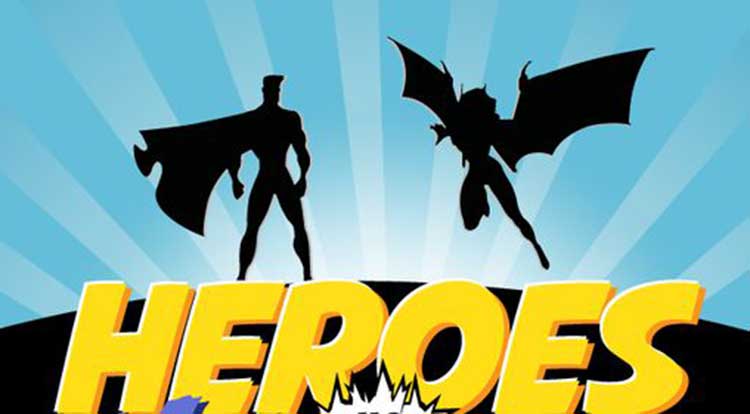 I always wonder who cleans up the damage left behind by a big superhero fight, and lately have wondered who caused the most damage. Home Advisor has created an infographic that breaks it down, and the results may surprise you.

Ah, the Hulk. He’s a hero all right, but when he’s unrestrained and mentally manipulated, he may be one of the most dangerous entities in the Marvel universe. In “Avengers: Age of Ultron” (Marvel, 2015), he wreaked havoc on Seoul: In the chaos, he destroyed an elevator, staircase, city street, and an entire outdoor market as well as cars and buildings. Oops.

In “Man of Steel” (DC Comics, 2013), Superman is actually super destructive. Young Clark caused a bus to drive into the river, and later, Superman flew through two corn silos and a gas station and caused a Zod airship to crash into the city, destroying countless buildings.

In the epic final battle scene of “Iron Man 3” (Marvel, 2013), Iron Man takes down his enemies so fiercely that he and his suits manage to destroy the setting of the fight: an entire shipyard. Between that and the two enemy helicopters he takes out, it’s clear that the price of victory is a steep one.

When it comes to destruction, Ultron doesn’t mess around. In “Avengers: Age of Ultron,” this supervillain and his Sentries effectively destroyed an entire Eastern European City. And the city (as it levitated into the clouds) suffered damage within itself, including buildings, a street block of pavement, and at least one bridge.

In “The Dark Knight Rises,” Batman’s enemies (Bane and his cronies) shot up computer terminals at the New York Stock Exchange and placed explosives around the city, causing massive destruction to tunnels, a bridge, a football stadium, and buildings.

Oscorp villains (including living generator Electro) cause the lion’s share of the damage in “The Amazing Spider-Man 2.” They destroyed video screens, several vehicles, and a clock tower. The worst? Electro caused a blackout that prompted multiple buildings to fall.

Home Advisor also breaks down the heroes and villains that cause the least amount of damage, and puts movie destruction in perspective.