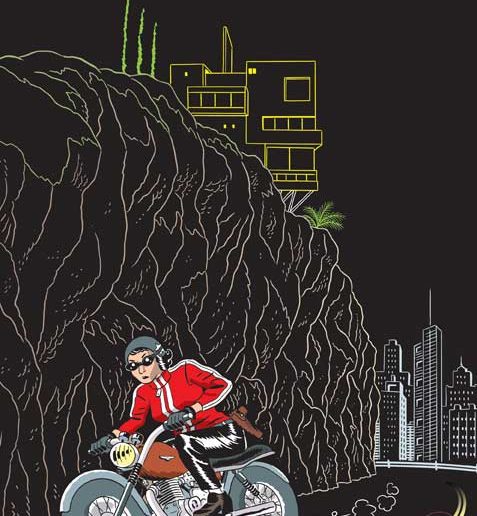 DARK CORRIDOR is set in the fictional coastal city of Red Circle, a town totally controlled by mobsters. But after decades of wielding power, the mobster’s stronghold is slipping and some unidentified female assassins are picking them off one-by-one.

“This first serial in Dark Corridor, The Red Circle, is one that I’ve wanted to do for a long time,” said Tommaso. “A comic book inspired by old gangster films, but one where the male archetypes are fatally removed from power by the women who usually only serve as mothers, lovers and/or damsels in distress in those stories.”