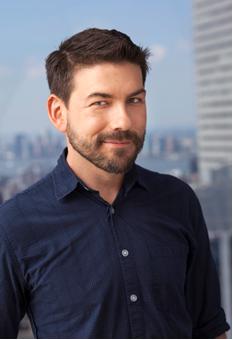 Nickelodeon has named James Stephenson to the newly created position of Senior Vice President, Animation and Games, adding animation production and development to his current responsibilities of digital content creation.  Stephenson will be based at Nickelodeon’s animation studio in Burbank, Calif., reporting to Russell Hicks, President, Content Development and Production, Nickelodeon Group.

In this new role, Stephenson will guide current series creative and also have oversight of day-to-day operations for animation development, short form, series, and games, ushering in a new production model for the studio focused on expanding Nickelodeon’s development and production capabilities.

“James’ outstanding track record for producing highly successful content across all of Nickelodeon’s screens makes him the perfect addition to the Nickelodeon animation team, as we take a more holistic approach to the development process, said Hicks. “His keen eye for identifying unique ideas and innate strategic mindset will be a huge asset as we continue to expand and evolve our animation pipeline.”

Most recently, Stephenson served as Senior Vice President of Content Development, Digital Media.  He was responsible for the creative development of original content for Nickelodeon’s digital destinations, including Nick’s websites, Apps, digital platforms and premium games publishing businesses.  Under his leadership, the network launched its first-ever original digital series, Welcome to the Wayne, which subsequently has been greenlit for television after a successful run on the network’s digital platforms.

Prior to joining Nickelodeon, Stephenson served as Vice President of Digital Creative, Product Development at MTV Networks, where he managed a development group within MTV Networks focused on shifts in programming and strategy for content on digital platforms.  Earlier, Stephenson was Creative Director at Atom Entertainment, publisher of online entertainment sites AtomFilms.com, Shockwave.com and AddictingGames.com.

Nickelodeon, now in its 36th year, is the number-one entertainment brand for kids. It has built a diverse, global business by putting kids first in everything it does. The company includes television programming and production in the United States and around the world, plus consumer products, online, recreation, books and feature films. Nickelodeon’s U.S. television network is seen in almost 100 million households and has been the number-one-rated basic cable network for 20 consecutive years. For more information or artwork, visit http://www.nickpress.com. Nickelodeon and all related titles, characters and logos are trademarks of Viacom Inc. (NASDAQ: VIA, VIAB).