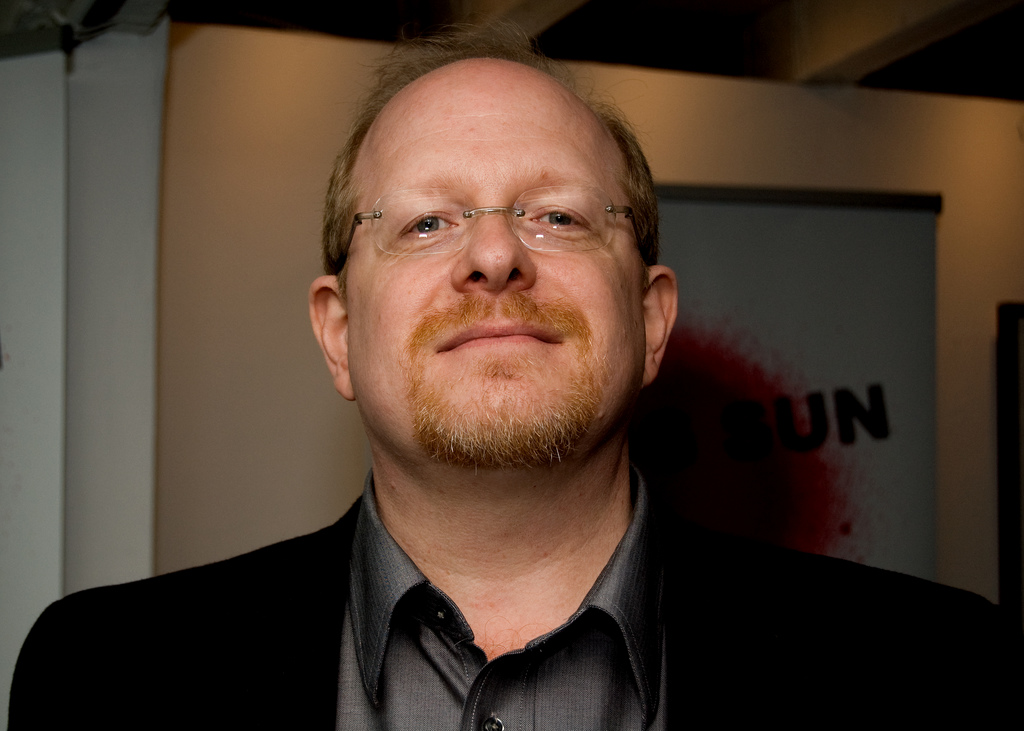 The 2015 Baltimore Comic-Con takes place the weekend of September 25-27 at the Baltimore Convention Center in the beautiful Inner Harbor. Buy your VIP, General Admission, and Harvey Award tickets now!

The Baltimore Comic-Con is privileged to announce this year’s Guest of Honor: Mark Waid.

Waid’s career in comics began in the 1980s when he wrote for Fantagraphics’ comics fan magazine, Amazing Heroes. His first comics contribution, an 8-page back-up story that ran in Action Comics, was at DC Comics, where he would spend his formative years. He took on an editorial role at DC, helming titles including Action Comics, Doom Patrol, Infinity, Inc., Legion of Super-Heroes, Secret Origins, and Wonder Woman. He is also co-creator of the DC Elseworlds line of comics.

In the late 1980s, Waid left his editorial position to begin working freelance, writing for DC’s Impact line on titles like The Comet and Legend of the Shield. As he entered the early 1990s, Waid took over the reins on The Flash, where he would spend the next 8 years developing the story lines and characters, including creating the popular speedster, Impulse, who would go on to star in his own Waid-scripted title. In the mid-1990s, he was the mind behind the DC crossover, Underworld Unleashed, writing the limited series.

Taking on his first role at Marvel Comics in the mid-1990s, Mark contributed to the X-Men crossover event, Age of Apocalypse, writing X-Men: Alpha and X-Men: Omega. Also for the X-Men line, Waid co-created Onslaught, the character behind the line-wide event. Later, he went on to pen numerous and acclaimed runs on Captain America and associated titles, including multiple volumes of the core title.

Back at DC, Waid and artist/creator Alex Ross penned the futuristic Kingdom Come, a limited series painted by Ross that would redirect aspects of the DC Universe to match the story written, and which spawned The Kingdom, a follow-on limited series penned by Waid. He also, along with writer Grant Morrison, came up with the concept of “Hypertime” which explained continuity discrepencies in the DC Universe. He wrote numerous Justice League titles, including JLA, JLA: Year One, Justice League Task Force, Justice League Quarterly, and JLA: Heaven’s Ladder.

At the short-lived Gorilla Comics, of which he was a co-founder, Waid wrote Empire with artist Barry Kitson (but the title completed its run at DC after Gorilla folded after 2 issues of the title had been released). He also worked for CrossGen, penning the first year of Ruse.

Waid wrote an acclaimed, and briefly controversial due to conflicts with management at the time, run on Fantastic Four at Marvel, with late artist Mike Wieringo. The controversy ended after fan outcry caused a decision to fire the team to be reversed.

In the mid 2000s, Waid’s noteworthy work at DC Comics, where he spent 2 years under exclusive contract, included the Superman: Birthright limited series, a run on Legion of Super-Heroes, the 52 crossover series, a relaunch of The Brave and the Bold, and another run on The Flash.

After his DC exclusive ended, Waid’s Marvel work was similarly lauded, with contributions to Amazing Spider-Man, the Strange limited series, The Indestructible Hulk, The Hulk, and S.H.I.E.L.D. He is also one of the brains behind the multiple-Harvey and Eisner Award-winning Daredevil title, which has run in multiple volumes under his leadership.

After writing Irredeemable and Incorruptible at BOOM! Studios, Waid became the publisher’s Editor-in-Chief in 2007, and briefly took on the role of Chief Creative Officer for the publisher in 2010 before returning to freelancing. He also launched the digital publishing website Thrillbent, with his title Insufferable as the inaugural series. He is currently in the process of recreating the Archie character at Archie Comic Publications.

“Mark Waid has been with us every year except our second,” said Marc Nathan, promoter of the Baltimore Comic-Con. “He is an exceptional creative talent, he is an exceptional driver for the forward progress of our industry, and he is an exceptional friend. We love him and, with his 30 years of work in the comics industry and across the publishing landscape, we know his broad fan base loves him too, so we are euphoric to be able to present Mark as our 2015 Guest of Honor.”