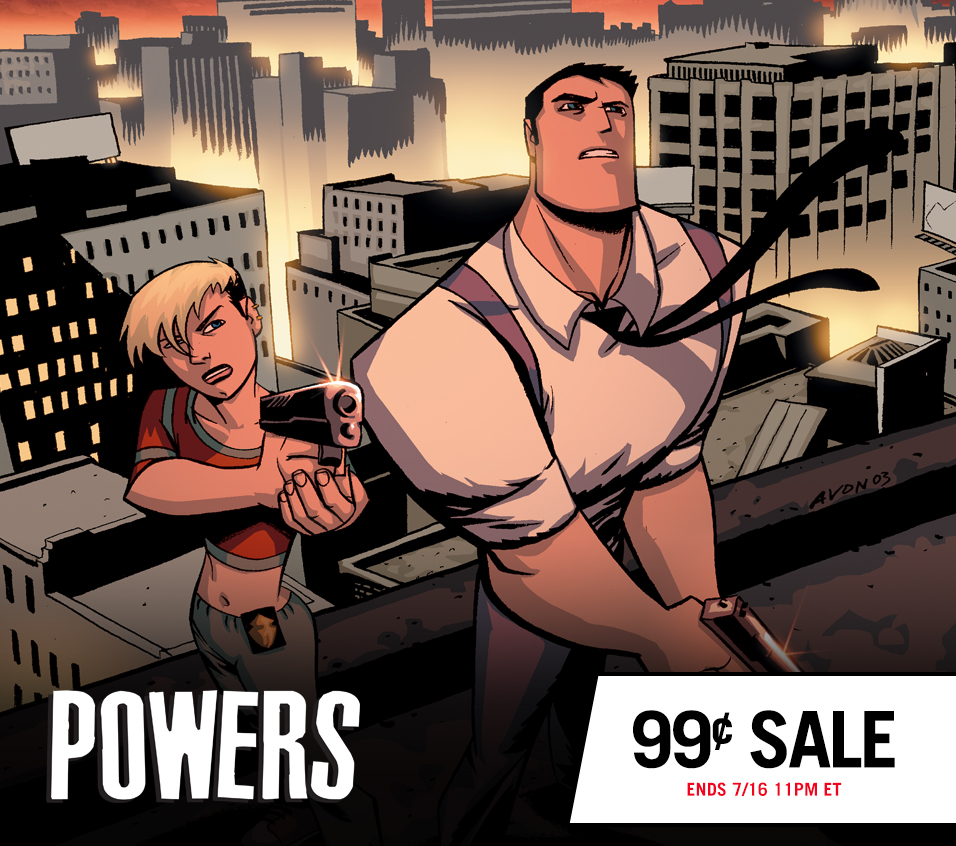 [Television] Powers series is now available on Blu-ray and DVD

With nearly 100 digital comics on sale for only 99¢ each and digital collections starting as low as $3.99 – there’s never been a better time to dive headfirst into over 15 years of award winning comics! As super powered heroes and villains soar overhead, Homicide Detectives Christian Walker and Deena Pilgrim walk the dirty city streets below. Solving the crimes and murders involving powers. If a hero falls dead from the sky, they’re there. If a super villain winds up dead in the gutter, they’re the first on the scene – doing their jobs.

Now is your chance to be part of the smash hit series from the very beginning. Every issue. Every case. Every moment. But get it while you can! The POWERS DIGTAL COMICS SALE ends 7/16.