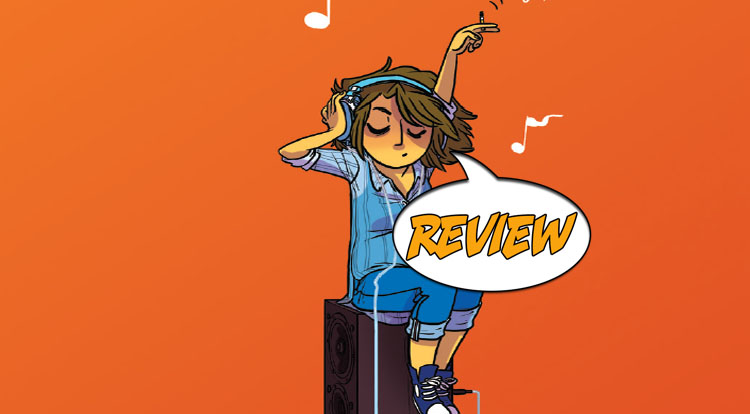 It’s time for the Holiday Ball and all the girls and boys of Giant Days take lessons in love. Previously in Giant Days #5: Daisy takes a lot of drugs and learns that she might like girls.

As with all of his writing, John Allison nails the voice of his young female protagonists. Esther is determined that Daisy and Susan are going to enjoy being just a girlie in all aspects relating to the Holiday Ball as possible. Giant Days #5 does not leave the male characters out of the fray with Allison writing in peeks at Ed and McGraw in their awkward preparations.

As it should be, the best event of Giant Days #5 is the time of the Holiday Ball itself. Allison is beginning to pay off a lot of romantic intrigue that has been planted throughout previous issues. For example: Ed confesses his love to Esther and she neither believes nor quite understands what is going on, Susan and McGraw reconnect and Daisy faces off against the woman who broke her heart. While nothing it ultimately settled, these happenings have set up nicely for the next issue which is slated to be the end of this miniseries.

The star of Giant Days #5 is Allison’s quite wit and humour. Each character has a unique voice and their shared sense of drama is sky high, things like a purse ripping in half is the end of the world and simultaneously one of the funniest moments of the issue. The liberally applied humour stands as a great literary foil to the moments of beauty and self-discovery that readers expect for the end of a story arc. Susan, in particular, gets a lovely moment following her makeover at the hands of Esther that physically and emotionally presents her in a different light than readers – and the cast of characters – have seen her in previously.

Giant Days #5 is filled with characters being awkward at each other in order to disguise Esther, Daisy and Susan’s character growth as something humourous. Under a lesser writer than John Allison this device could perhaps have cheapened what the narrative is driving at, but ultimately, the result is a representation of young adults in their university careers that feel in every way reflective of the person the reader was at the time. Perhaps we didn’t have little rain clouds hanging over our heads, but we’ve all felt the frustration of being spurned in love – whether intentional or otherwise – and that really hit homes.

Allison ends Giant Day #5 by sending the characters home for the holidays with a lot to ruminate on and a sizable task himself in wrapping their respective arcs up in next month’s issue. Giant Days #5 is funny, poignant and just a really great issue overall.

Lissa Treiman is the artist on Giant Days #5 and her sweet, cartoon-y style is perfectly suited to Allison’s narrative. To her immense credit, Treiman renders each character on the page as a true individual. A variety of bodies, ethnicities and styles permeate this issue and lend a sense of reality to the heightened world they live in.

During moments of extreme overreaction Treiman’s art exaggerates and stretches in a wholly rewarding style that cues readers in what the most important moments of the overarching narrative are. Colourist Whitney Cogar infuses Giant Days #5 with a bright palate that also reflects the joy and sense of freedom that living alone for the first time in one’s life has. Cogar’s colours really elevates the entire aesthetic of the issue and makes it something magical.

Giant Days #5 looks as interesting and as high-strung as the characters and situations they are reflecting.

Giant Days #5 is an excellent penultimate issue. The situations and observations are apt, the art is lovely and I absolutely promise that you will laugh out loud. This issue, and the series as a whole, will probably be most enjoyed by fans of series like Lumberjanes, but is a great issue to pick up for readers 13 and up.

Giant Days #5 takes a typical university setting and uses the pressure the characters feel to reveal compelling and sweet aspects of each of their personality as the drama ramps up toward the end of the story arc.