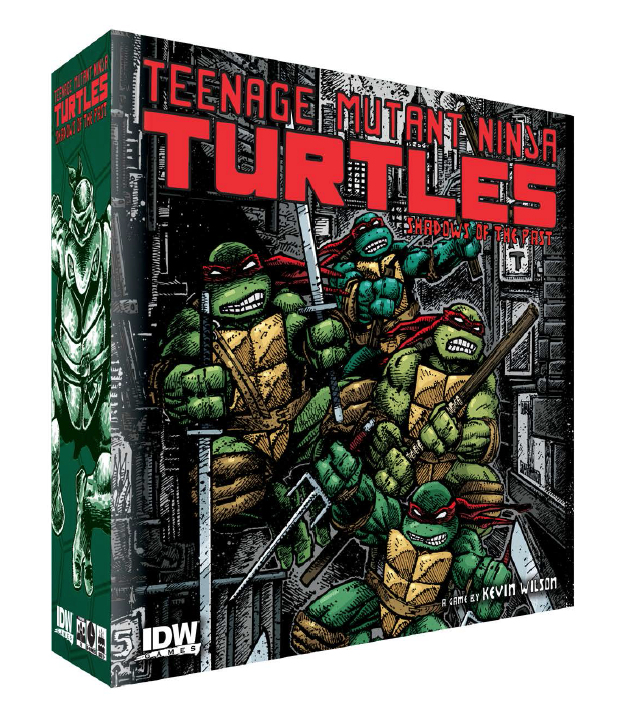 “I’m so excited to participate in this game!” said TMNT co-creator, Kevin Eastman. “Working with IDW on their Teenage Mutant Ninja Turtles comics has been amazing, and now to get the chance to go even deeper into the story and have fans play out key moments from the series for themselves is something that’s really going to blow people away.”

Teenage Mutant Ninja Turtles: Shadows of the Past will be a scenario-driven campaign game that features story content from the hit ongoing IDW comic. Two to five players will battle their way through a series of 60-90 minute missions where players develop their characters strengths, fighting styles, and equipment along the way to create a lasting story arc. Fan-favorite characters like Casey Jones and Alopex will appear throughout the missions, as the Turtles call on their closest allies for help in battling their deadliest foes.

“Teenage Mutant Ninja Turtles has 30 years of history, and we plan on tapping into all of it with this game,” said IDW’s Director of Business Development, Jerry Bennington. “Whether you’ve been a fan since the beginning or you’re just starting to realize how special these characters are, this game is a great way to dive into the sewers and start exploring!”

Expect to see plenty of overlap between the ongoing comic and the board game as game previews and exclusive content begin to show up in the back of the hit ongoing series. Contributions from the creative staff of IDW’s hit TMNT comic will make this board game come alive in ways not seen in past adventuring games. From expansions based on different micro-series and ongoing events, to character expansions featuring IDW’s awesome line-up of heroes, mutants, and miscreants, the turtles have never been more ready for adventure!