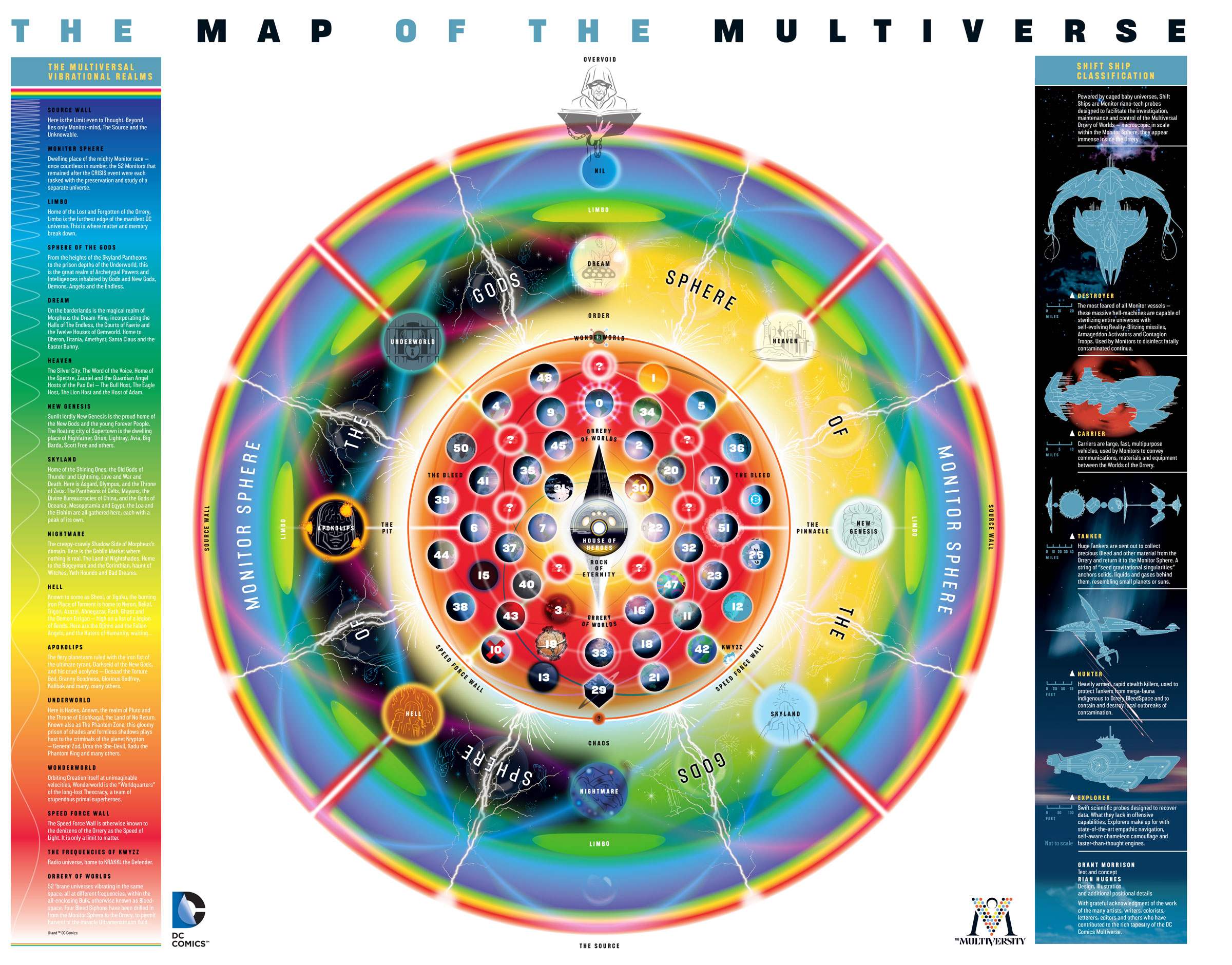 During his “Multiversity and Beyond” panel at COMIC-CON INTERNATIONAL: SAN DIEGO 2015, critically-acclaimed writer Grant Morrison introduced fans to two of his upcoming projects for DC Entertainment.

Morrison revealed “MULTIVERSITY TOO,” a line of original graphic novels based on his groundbreaking and bestselling titles from “The Multiversity” series of monthly comics and his “MULTIVERSITY GUIDEBOOK.” Fans will experience stories from throughout the 52 (or more?) worlds that make up Morrison’s Map of the Multiverse and whether it’s the further adventures of Earth-4’s PAX AMERICANA, the New Reichsmen of Earth-10, the female-led Justice Guild of Earth-11 or even one of the seven “unknown worlds,” everything is fair game!

The series begins in 2016 with MULTIVERSITY TOO: THE FLASH. But from which earth is anyone’s guess!

Morrison also provided early details on another series of graphic novels featuring everyone’s favorite Dark Knight in BATMAN: BLACK & WHITE. This continuing anthology series pairs Morrison’s original Batman stories with a rotating cast of some of the biggest art talents in comics, that will only serve to highlight Grant’s one of a kind perspective when it comes to comics in general and Batman in particular.