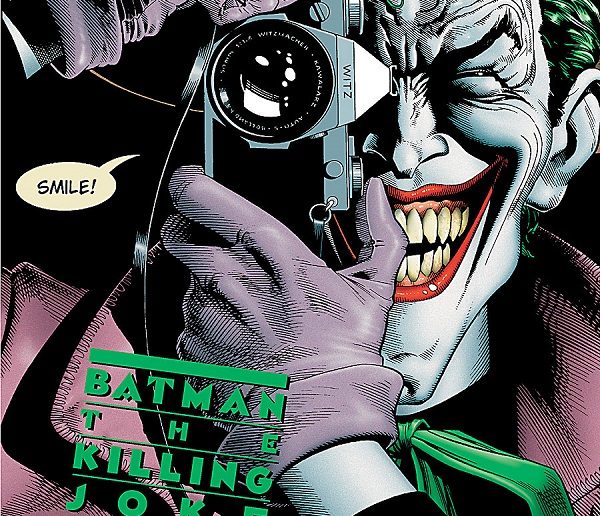 [SDCC’15] Batman: The Killing Joke gets animated for WB

During the Justice League: Gods & Monsters, Bruce Timm announced that Warner Bros. will adapt Batman: The Killing Joke as an animated movie.

According to Timm, the movie will more than likely arrive in 2016.

Batman: The Killing Joke is a one-shot superhero graphic novel written by English author Alan Moore and drawn by English illustrator Brian Bolland. It was first published in the United States by DC Comics in 1988 and has remained in print since. Set in the fictional U.S. city of Gotham, Batman: The Killing Joke provides an origin story for the Joker, an established comic book supervillain. It depicts him as a failed stand-up comedian who agrees to aid a gang of criminals and is thwarted by the superhero Batman before being disfigured; in doing so he is driven insane and attains his supervillain persona.

What is not mentioned is that The Killing Joke featured the brutal shooting of Barbara Gordon, along with the suspected off panel rape of Barbara by the Joker.

Though the “definitive Joker tale” is a good one from the backstory perspective, I’m going to bet DC and WB dance around the shooting/rape aspect of the story.

The animated adaptation of Batman: The Killing Joke is executive produced by Bruce Timm and will retell this classic tale in an exciting new way. It’ll also feature an original 15-minute prologue that helps set up the story, giving even longtime fans of the story something new to look forward to.

Timm announced two other animated features, including the first to feature the Teen Titans:

Batman: Bad Blood—An original Batman story that features the introduction of Batwoman to the new line of animated films.

Justice League vs. Titans—Another original story and the first of the DC Universe Original Movies to feature the Teen Titans.

What are your thoughts on The Killing Joke as an animated film?  I’ve been fairly open to watching the animated films regardless of the source material, but this one has me kind of off-put.