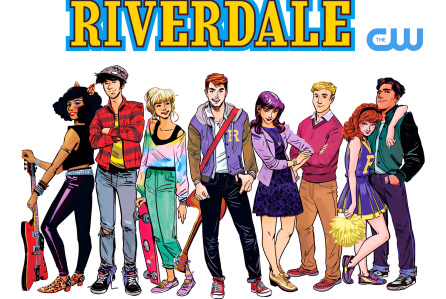 Remember when we learned that Archie was getting a television series? Now it looks like The CW is getting the Riverdale series, and it is being produced by Greg Berlanti.

Why should we be excited about this? Well Berlanti Productions is currently running Arrow, The Flash, DC Legends of Tomorrow, and Supergirl. So I think the show is in good capable hands. Second, if you heard Matthew and I gush about the teenage drama the new Archie #1 and how good it is, then you know a television series in this line has huge potential for fans and for Archie Comics.

Originally, Riverdale was being developed at FOX, but CW seems like a better fit.

“When Greg and I started talking about bringing these characters to life, our first thought was that the best home for them would be the CW,” Aguirre-Sacasa told Deadline. “It took a little longer for us to get there, but now that we’re here, it’s feeling terrific.”