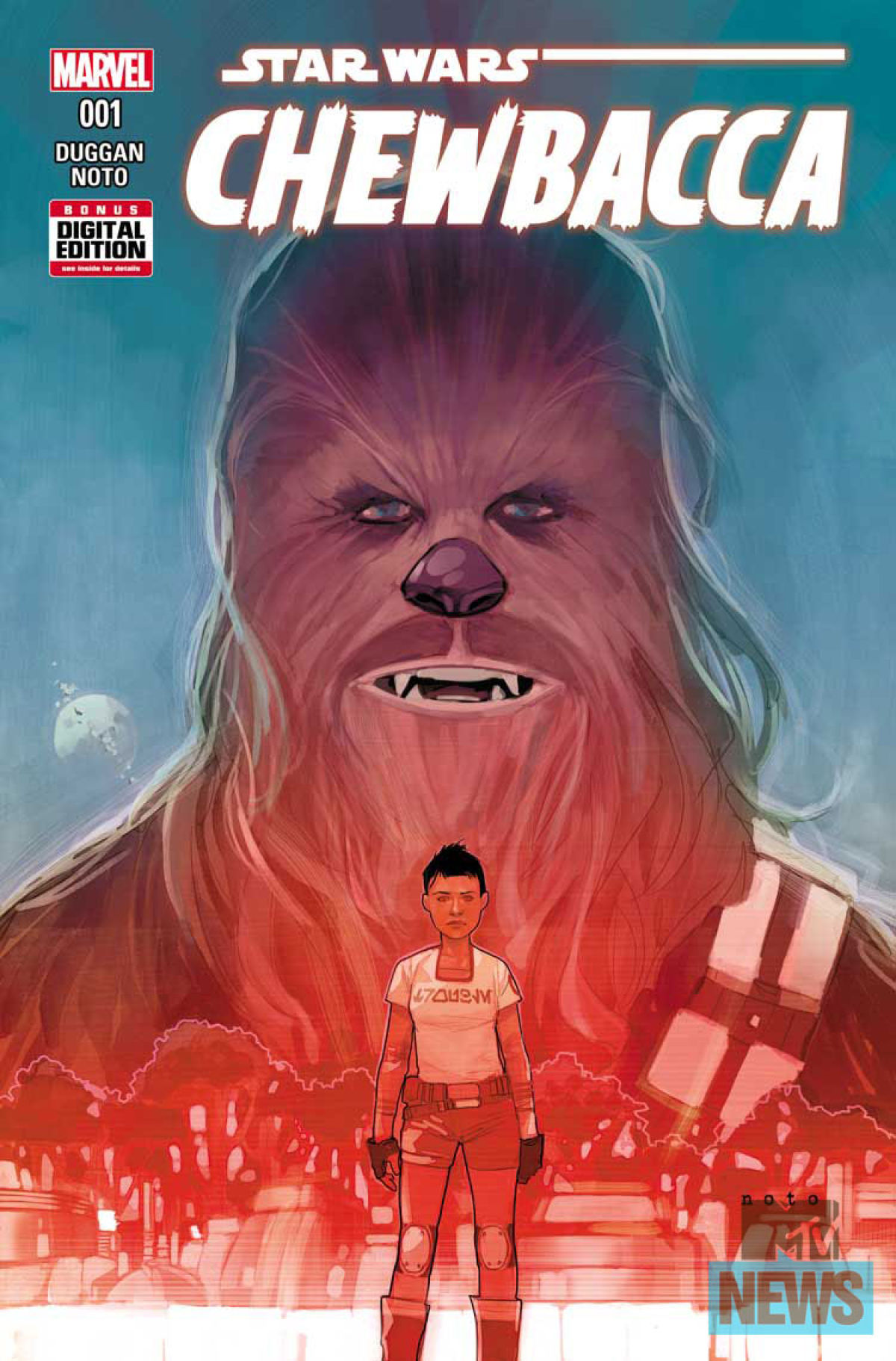 MTV News has announced that Marvel plans to give Chewbacca his own solo series next year.

Princess Leia, Darth Vader, and Lando have all had stand alone adventures, so it seems fitting that the walking carpet gets his own tale to tell. The mini-series is being written by Gerry Duggan, with Phil Noto (one of my favorite artists) bringing in the glorious images.

The series finds Han’s best buddy crash-landing on a strange planet, teaming up with new allies — and maybe bumping into some old acquaintances.

One of the more interesting questions raised during the interview was how Duggan planned to have Chewy talk in the series.

Chewy is on a very important mission when we first meet him, and you’ll be able to tell that right away without hearing him speak. But script wise, what’s been very fun for me, I’ve been writing each roar and yell twice. Once for the letterer, to be printed exactly as it is on the page and then once in parentheses for the team that basically is Chewy’s whine in English.

And that’s just for internal use. That’s just so that everyone can be on the same page and know that, hey, we’re telling this story visually and anything that we do need to know… He’s got a friend on this planet, a young woman and she speaks the basic language — so we won’t be in the dark. The Leia series from Mark Waid was fantastic, and Lando’s first issue was very good, so I can’t wait to see what Duggan and Noto bring to the table when the series finally arrives.