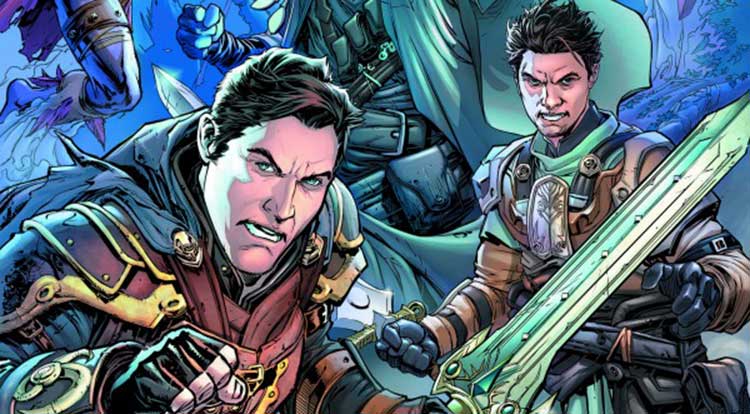 [SDCC’15] Warcraft: Bonds of Brotherhood graphic novel arrives in May 2016

Today, during the Blizzard panel, Legendary Comics announced a new graphic novel that will serve as a prequel to the upcoming Warcraft movie arriving in June of 2016.

Warcraft: Bonds of Brotherhood is an original story by Chris Metzen, written by Paul Cornell, and featuring art from Mat Broome. No word on what the tale will involve, but the cover looks pretty forward – a group of guys fighting Trolls. BAM! No trailer for Warcraft yet… the Legendary panel takes place on Saturday at 2:30 PM PT/5:30 PM ET.