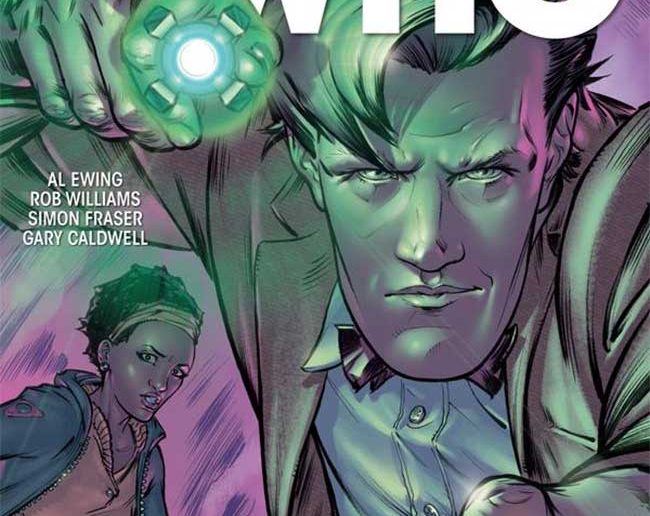 DOCTOR WHO: THE ELEVENTH DOCTOR #14
WRITER: Al Ewing, Rob Williams
ARTIST: Simon Fraser
PUBLISHER: Titan Comics
PAGECOUNT: 32
COVER PRICE: $3.99
RELEASE DATE: Wednesday, July 8, 2015
•PART 1 OF THE 2-PART SEASON FINALE!
• Series co-writers Al Ewing and Rob Williams team up for an unmissable mini-epic, as a year’s worth of stories come to a head!
• Can the Doctor save his new friends from their time-twisting fates?
• Will Alice find peace – or be marooned far from Earth?!
• Will ARC finally discover the truth about itself – or be reduced to atoms?!
• Will Jones fulfill his cosmic rock god destiny – or die among the stars?!
• And who will be left to join the Doctor as we head into Year Two?!