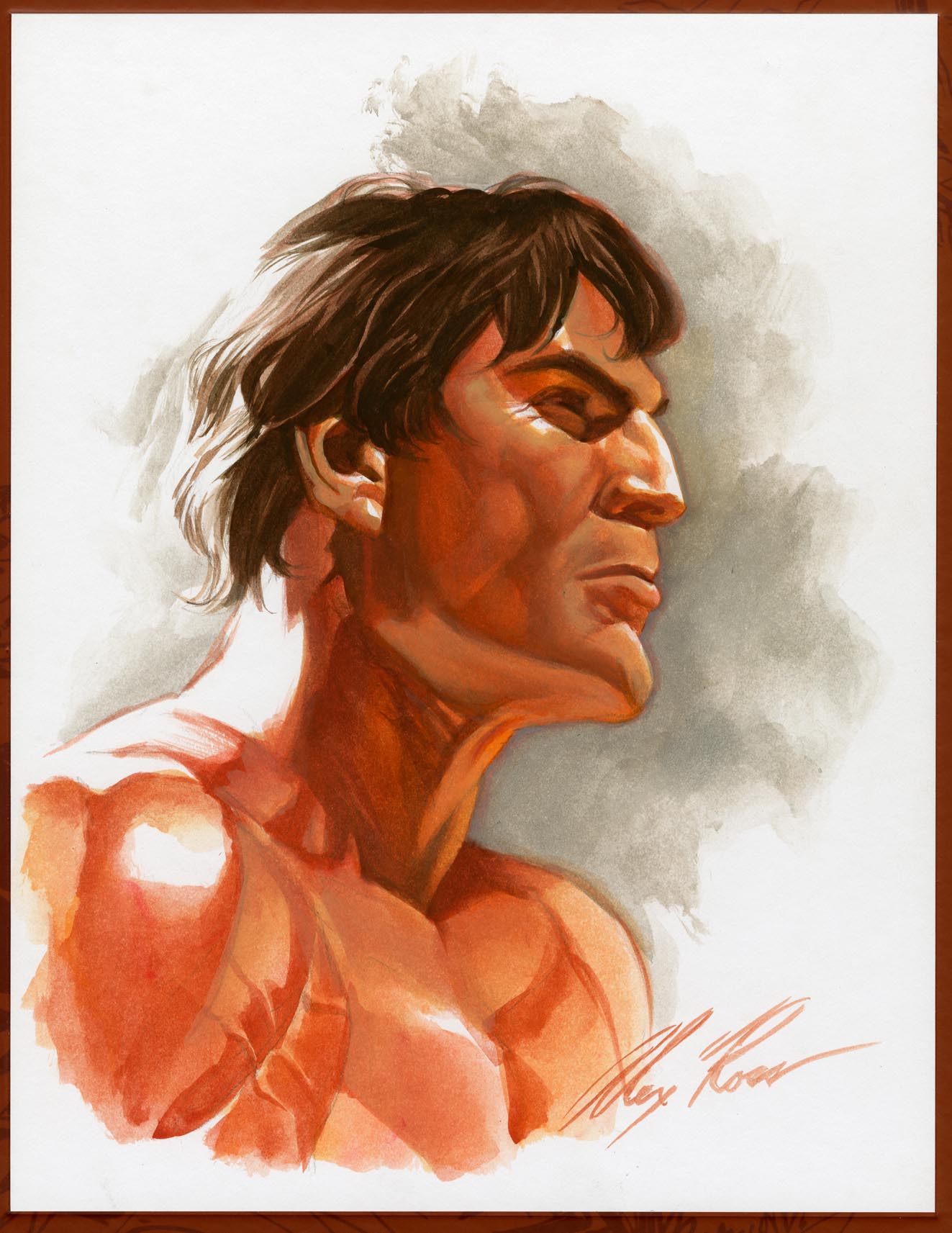 Joe Kubert’s lasting legacy simply cannot be overstated; as an artist, an editor and an educator, Kubert excelled at everything he set his mind too. His work continues to serve as an everlasting inspiration to comic fans and professionals alike. This August IDW Publishing is pleased to help celebrate this legacy alongside Edgar Rice Burroughs, Inc., Heritage Auctions and The Joe Kubert School by auctioning off 22 original illustrations by 23 artists, each hand drawn on special blank covers on Joe Kubert’s Tarzan of the Apes Artist’s Edition. All proceeds from the sale of these very special books will go directly to The Joe Kubert Scholarship Fund.

“All of us at Heritage Auctions have a deep and abiding respect for Joe Kubert and his legacy as both a pioneering artist and a teacher,” said Todd Hignite, Comic Art expert and Vice President of Heritage Auctions. “It means a lot to us to be a part of this project and to do something that benefits Joe’s school and nurtures the next generation of comic book artists.”

To date, IDW has produced more than three-dozen Artist’s Editions, four of them winning the prestigious Eisner Award. Joe Kubert has been the subject of three AE books to date, with another coming this fall. Tarzan of the Apes was the first of Kubert’s Artist’s Editions, and a number of these books were printed with special blank covers that were intended to be remarqued by Kubert; sadly, his passing came before he was able to work on them. Now, a wealth of great artists have stepped forward to pay tribute to one of comics’ true legends, and also to help inaugurate the Joe Kubert Scholarship Fund.

“We’re thrilled to be able to bring together an all-star line-up of artists to pay tribute to Joe,” said IDW President Greg Goldstein. “ Who knows? It’s entirely possible the next great superstar in our industry might benefit from this scholarship.”

“It was my great honor to work with Joe Kubert on the first Tarzan Artist’s Edition,” said editor Scott Dunbier, “While saddened that Joe never got to complete the cover remarques, I know he would have been overwhelmed by all the artist’s, his peers and former students, who stepped forward to make the Joe Kubert Scholarship Fund a reality—a truly worthwhile tribute.”

“On behalf of the students and faculty of the Kubert School,” said Pete Carlsson, Senior Art Director, Tell-A-Graphics, “I want to thank everyone who generously gave their time and talents to create the Joe Kubert Scholarship Fund. Joe would be deeply moved by the efforts of so many people working toward something he felt so strongly about: helping the students.”

Be sure to stop by the Heritage Auctions booth (#900) to see Michael Kaluta’s cover in person this week at San Diego Comic Con! And you can see all of the covers available right here: http://www.idwpublishing.com/idw-edgar-rice-burroughs-and-heritage-auctions-team-up-to-support-the-kubert-school/

IDW’s critically- and fan-acclaimed series are continually moving into new mediums. Currently, Jerry Bruckheimer Films and Disney are creating a feature film based on World War Robot; Dwayne “The Rock” Johnson and Warner Brothers are producing a film based on Ashley Wood’s Lore; Michael Bay’s Platinum Dunes and Sony are bringing Zombies vs. Robots to film, and Alex Kurtzman is producing a movie based on Locke & Key at Universal.