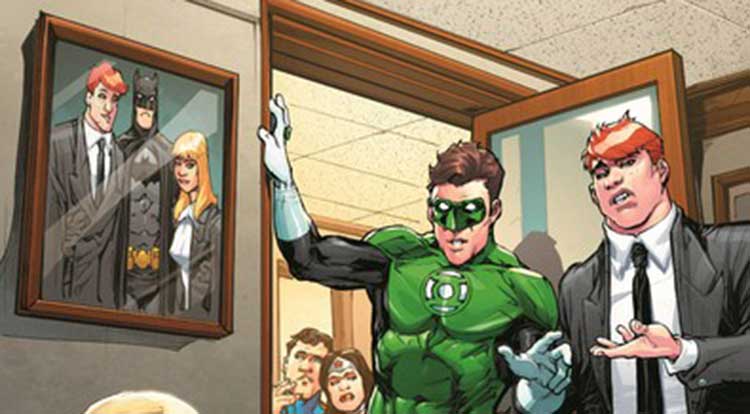 Ahead of the San Diego Comic Con, DC Comics has announced eight, EIGHT, new miniseries to be released in 2016.

Online many fans are already excited about the upcoming Metal Men and Swamp Thing that will be written by Len Wein. It’s very interesting to see Wein return to the series he created back in 1971, and I hope the miniseries tops the original run. On the Metal Men front, the characters have had their ups and downs over the years, and if done right could be much better than their last two appearances. Swamp Thing isn’t the only character getting a miniseries by original creators, as Marv Wolfman will take on Raven, and Gerry Conway take another crack at Firestorm.

Also arriving next year will be Katana: Cult of the Kobra by Mike W. Barr, Poison Ivy: Cycle of Life and Death by Amy Chu, Metamorpho by Aaron Lopresti, and we’ll get a very interesting Sugar & Spike series from Keith Giffen.

“Part of the New DC Universe involves keeping our comics lineup constantly evolving,” said DC Entertainment SVP Editorial Bob Harras. “That means more characters, different tonalities and new talent. Creating these miniseries enables us to maintain a diversified menu of titles, while testing the waters with fans to see how these new directions will be received. Readers won’t have to wait for their favorite character to have a guest appearance in another title; they get their own book, even if it’s for a limited run.”

“But what about the artists, Stephen!? ”

I know, Dear Reader, I know. Looks like DC is still finalizing the artists and haven’t announced the other half of the creative teams behind these books. Perhaps some of those will be unveiled during the DC Comics panels at the San Diego Comic Con, but expect announcements on the artists in the next couple of months.  While we wait, enjoy these SDCC promotional covers. Though some of the artists are instantly recognizable, they are not necessarily the artists on the series.