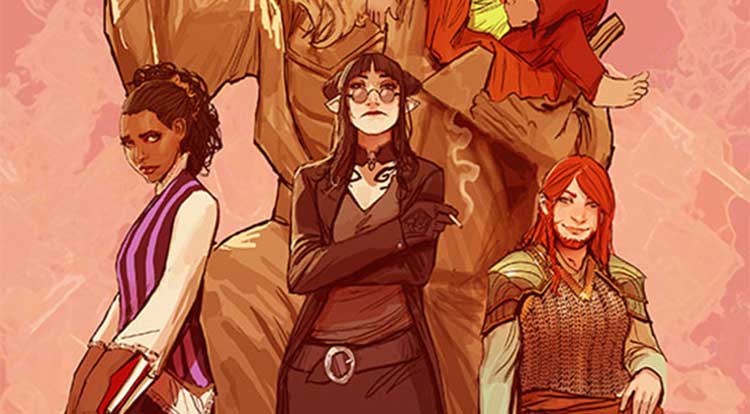 Shadowline/Image Comics has announced that Tess Fowler will be taking over as the series artist of Rat Queens beginning with issue #11, and Tamra Bonvillain will join her at the series first colorist.

In a statement to the press, Kurtis J. Wiebe, series writer and co-creator, stated, “I am very indebted to Stjepan Sejic for coming to my aid and doing a fantastic job on the two issues he helped us with. Looking to the future of Rat Queens, I needed people who understood what the series has become known for, and there was no other team I could imagine doing a better job than Tess and Tamra!”

Stjepan Sejic left the series for health reasons earlier this year. ” I believe Rat Queens fans deserve better than a delay after delay on such a wonderful book, so I offered to step down.” Though the artist is still working through his backlog of work and illness, he will continue to do the cover for Rat Queens through issue #15.