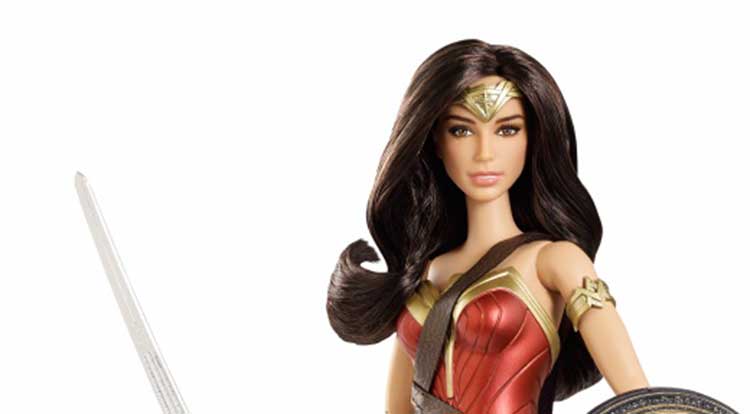 Saturday at the San Diego Comic Con will be a huge one for Warner Bros. as it spends two hours in Hall H teasing fans with Batman v Superman: Dawn of Justice clips, teasers, and possible stars. For those of us not attending the show, Mattel is teasing us in its own way with a look at the new toys from the movie.

First up is the BvS two-pack featuring the likenesses of Henry Cavill and Ben Affleck as Superman and Batman respectively. The figures are six-inches tall with multiple points of articulation, fabric capes and really cool base that looks like the logo from the movie. The two-pack will set you back $30.00. We all know Mattel as the company that does the Hot Wheels cars, and Batman v Superman will also see a few miniature cars appear on store shelves.

The Batmobile Hot Wheels Edition will set you back $25.00. If that seems a bit much for a Hot Wheels car, this isn’t just a die-cast body, it also has rubber tires, missile launchers and a limited edition packaging that looks rather cool. I wish I could say the same thing about the life-sized BvS car that will be on display at the toy company’s booth. The car is wrapped in two different colors and symobls, which is a bit jarring when you first see it, but maybe when the miniature version comes out, all the cool kids will want one.

Finally, for those concerned there are not enough toys for girls, Mattel is bringing forth yet another Wonder Woman Barbie Doll.

Standing 12 inches tall and featuring a sword, shield, tiara, bulletproof bracelets and her signature lasso of truth, Wonder Woman is part of the Barbie movie collection along with Superman and Batman. I’m really liking the Wonder Woman figure, though I wish there was one in the six-inch design to go along with the BvS two-pack. Also, or those who are into 3D printing, some of the accessories seem very familiar.

If you are at the San Diego Comic Con next week, take a couple pictures of the Twin-Car and send them my way. I would love to show your work on the site!