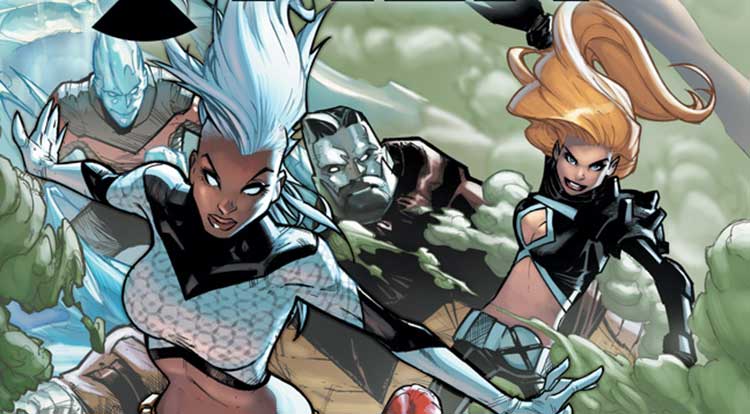 Marvel has unveiled yet another new number one spinning out of the events of Secret Wars – the Extraordinary X-Men #1!

EXTRAORDINARY X-MEN #1
Written by JEFF LEMIRE
Art & Cover by HUMBERTO RAMOS
Coming Fall 2015!
Eight months have passed. The X-Men are in dire straits. A cataclysmic event that has altered the destinies of both Mutant and Inhuman. Many of the X-Men have gone missing – including their wayward leader Scott Summers. It will take the remaining X-Men to forge mutantkind into something stronger. Something…extraordinary! Now – Storm, Colossus, Magik, Nightcrawler, Iceman, Jean Grey and Old Man Logan will lead mutantkind headfirst into tomorrow.

“The chance to write the flagship X-Men book is a once in a lifetime opportunity,” says Lemire in an upcoming interview with Marvel.com. “It’s both exhilarating and somewhat intimidating. The X-Men have a staggering legacy and an extremely devoted fan base, so this is not an assignment I am taking lightly. I’ve poured everything I have into making this book something special. I don’t want to write just another X-Men run. I want the work Humberto and I do to stand up with the truly great X-Men runs. ”