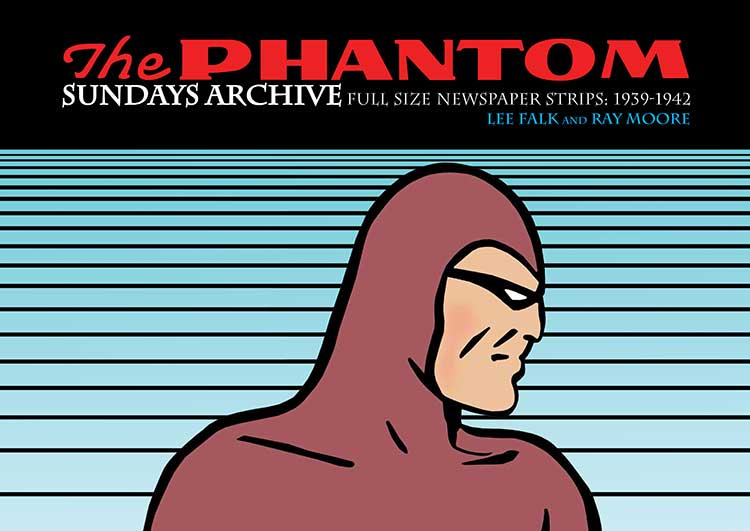 Hermes Press, the publisher that brings classic newspaper strips to the bookshelf (among other books) is headed to the San Diego Comic Con.

Get ready for Hermes Press at the 2015 San Diego Comic-Con everyone! This year is going to be more exciting than ever, and Hermes Press is proud to present ALL NEW SDCC exclusives: A Limited Edition of 75 of our Phantom Sundays Archive, with a special plate signed and numbered by Phantom artist Sal Velluto — perfect for framing! This edition also includes a special jacket, and, of course, the SDCC exclusive logo! We are also offering comic book packs of our popular Phantom comic book by Peter David and Sal Velluto: Get all 16 covers (four regular, twelve variants) of issue #1, and all 4 variants plus the original cover of issues #2 and #3! Only available at the San Diego Comic Con, at our booth #1821!

If you love our books, make sure to stop by our booth to get your copy of Brenda Starr the Collected Dailies and Sundays signed by comics historian Trina Robbins (who wrote the book’s definitive Introduction), and pick up copies of the Eisner Nominated Volumes One and Two of Walt Kelly’s Pogo: the Complete Dell Comics!

It gets even better from there! Make sure to come to our amazing panel, “A Celebration of Women Artists in the Comics During World War Two” which features its author Trina Robbins as well as panelists Ramona Fradon, Maggie Thompson, Nicky Wheeler-Nicholson, and Daniel Herman. This panel is on Friday from 12:00-1:00 in Room 9!

We’ll also be premiering Rob Worley’s supercat Scratch9 in his first OGN! Come by and chat with Rob Worley and artist Joshua Buchanan and pick up a free Scratch9 convention special!

We are also featuring multiple signings of our artists and authors during the weekend- please check by our booth and our ad in the convention guide for dates and times!

We hope to see you all at our favorite convention, the San Diego Comic Con!

If you are going to the show, make sure you say hello to these guys and gals.