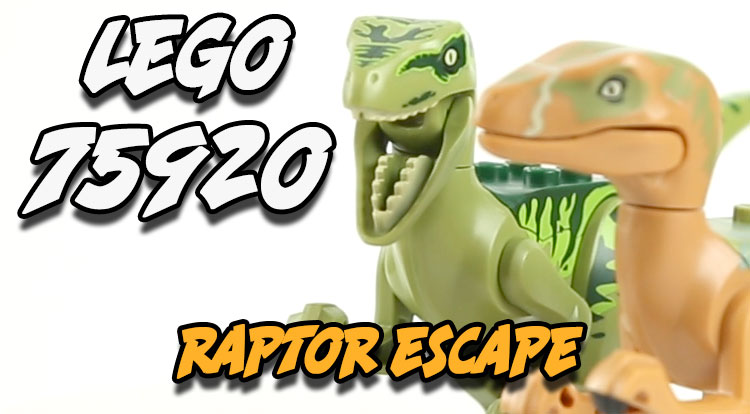 Mason likes the raptors, as he gives you a rundown of the LEGO Jurassic World Raptor Escape set.

Stop a double LEGO Jurassic World Raptor Escape! Set includes dino pen with minifigure trap function and feeding slot, plus an offroader.Uh-oh theres double dino trouble in Jurassic World! One of the raptors has escaped its pen and is running loose. Jump into the high-speed offroader and set off in hot pursuit. Fire the flick shooter and use Barrys tranquilizer gun to tame the menacing marauder. Meanwhile, the other raptor has triggered the trap function to bring the vet toppling down into its pen. Rush back to save him before the raptor can grab him in its snapping jaws. Includes 2 minifigures with assorted weapons: Barry and a vet.

Mason likes the raptors, as he gives you a rundown of the LEGO Jurassic World Raptor Escape set.You can buy this set through our Amazon affiliate link to hel…