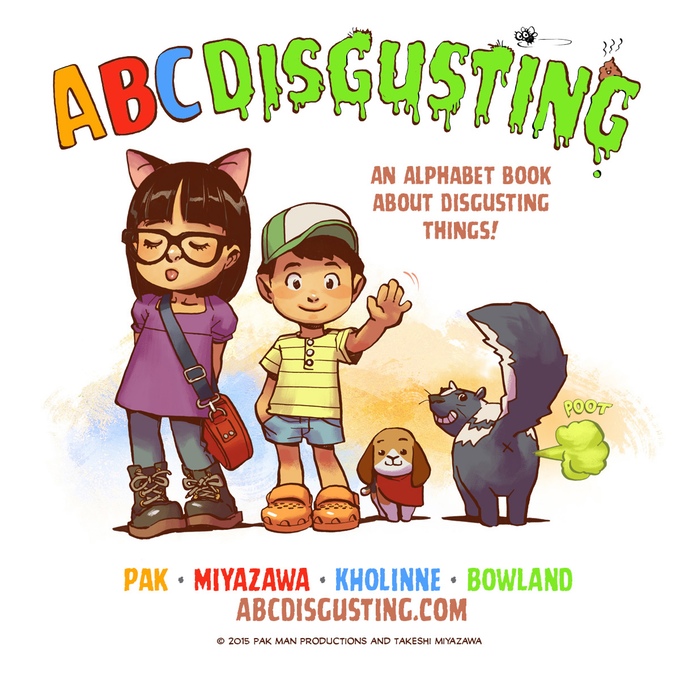 Following the success of the Princess Who Saved Herself, Greg Pak has announced a brand new children’s book that is pretty disgusting.

ABC Disgusting, An Alphabet Book About Disgusting Things is a brand new Kickstarter project written by Pak, with art by Takeshi Miyazawa, and the rest of the art team behind The Princess Who Saved Herself and Code Monkey Save World.

ABC Disgusting tells the story of a boy trying to shock his older sister with an alphabetical series of disgusting things. But in the end, she hits him with what might be the biggest gross-out of all.