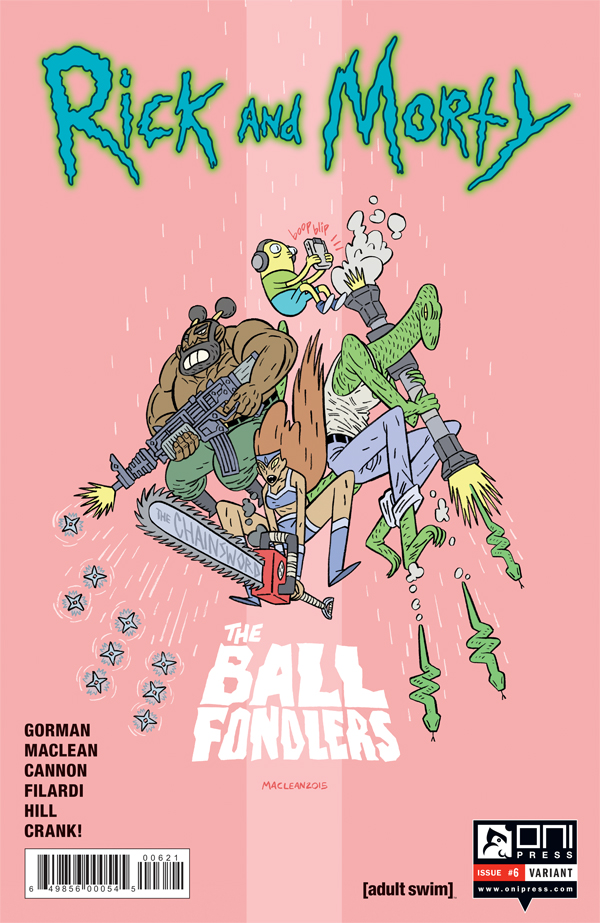 The Ball Fondlers are an unlikely team of action-star heroes appearing as an in-universe television show within the Rick and Morty television series from Harmon and Roiland. On this special comic adventure our heroes embark on an explosive, high stakes mission that takes them deep into the jungles of Central America. There they will attempt to save a United States Senator from a hostile rebel army, in the greatest sendup of 80s action films you’ve ever seen.

Demand for Oni Press’ Rick and Morty comic series has been overwhelming, with the first two issues going back to press for multiple print runs. Meanwhile the show has become a cultural icon in the year since its debut on Adult Swim and its legion of fans, awaiting the release of the second season which will premiere Sunday, July 26 at 11:30 p.m. ET/PT on Adult Swim, are now heading to comic shops.

The Ball Fondlers issue (Diamond Code: JUL151483, MacLean cover: JUL151484) of the Rick and Morty comic series is available for preorder now and is scheduled to arrive in stores on 9/30.