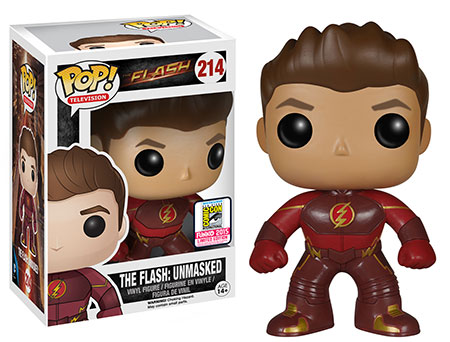 Funko continues to unveil more Pop! Vinyl figures it will offer for sale at the San Diego Comic-Con, and with the recent news about Hannibal being cancelled, the Bryan Fuller figure is going to be a hot commodity.

We are thrilled to announce our Bryan Fuller Pop! figure!
The man behind Hannibal bears an eerie resemblance to Hannibal Lector himself!
This Pop! comes in a run of 144 pieces and will be available
during his signing at the Funko booth on Friday, July 10th at 2 p.m.!
The line for our Bryan Fuller signing will not begin to form before 1 p.m. and we will only sell Bryan Fuller Pop!s during the signing.
The Bryan Fuller Pop! will cost $15 and you will not be able to purchase other Funko items during this time!
You are welcome to bring other Hannibal Pop!s to be signed, too! I’m super interested in grabbing the Flash: Unmasked figure, which should be really named Flash in Every Episode of the TV Series Ever figure.