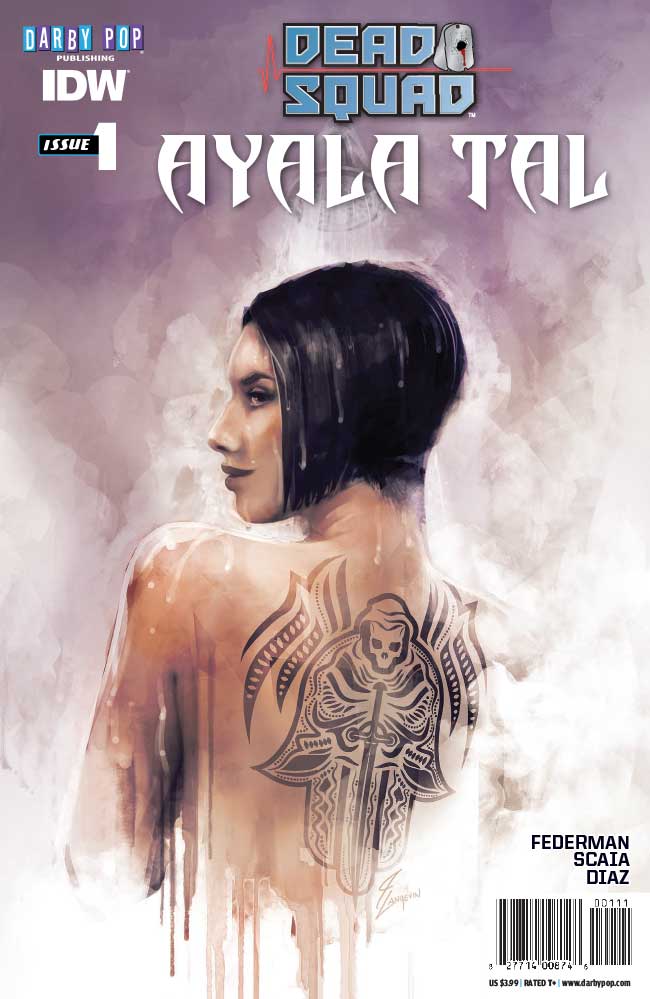 Dead Squad: Ayala Tal
Matthew Federman & Stephen Scaia (w) • Netho Diaz (a) • Jeff Langevin (c)
From the pages of DEAD SQUAD, the spotlight is finally shone on the mystery and history of Ayala Tal. Who is this sensual and savage killer? What does she want? And why?
FC • 32 pages • $3.99

Bullet points:
Scribes Matthew Federman and Stephen Scaia lay the groundwork for what’s to come for the “Dead Squad.”