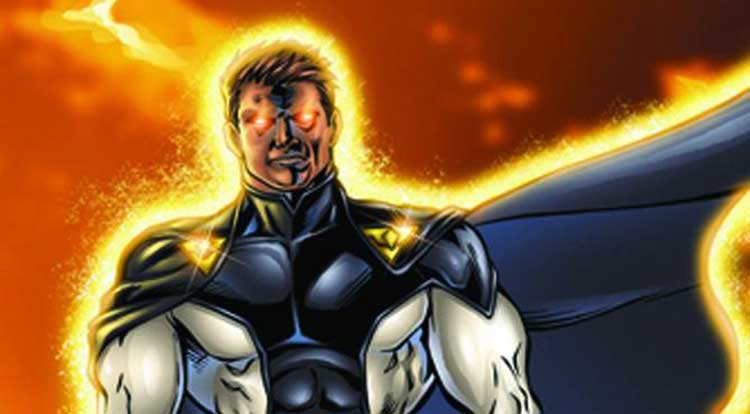 “VENTURE was the beginning of my return to comics after leaving for a bit to work in animation,” said Igle. “Now, we have our files back and are rereleasing it with the hopes that, if there’s enough interest, we can start the series back up again.”

“I’m glad that people who missed VENTURE the first time around will have an opportunity to experience this book that has always held a special place in my heart,” said Faerber.

“Jay is a fantastic writer,” Igle said, “[and]one of my favorite collaborators. I learned so much from working with him. ” Faerber and Igle began working together in the late 1990’s on titles for Marvel such as NEW WARRIORS AND IRON FIST/WOLVERINE: THE RETURN OF KUN-LUN which was recently rereleased as part of a collection. Their collaboration continued with Faerber’s popular creator owned superhero soap opera, NOBLE CAUSES before teaming up to create VENTURE.

“Jamal was one of the first artists I ever worked with, and remains one of the best,” said Faerber. “He’s a brilliant storyteller with excellent instincts.”

Should the series start up again, it would be a big one-two punch for Igle, who is bringing MOLLY DANGER back, via Kickstarter, on a bi-monthly schedule in 2016. ” Action Lab is making a commitment to adding a line of connected superhero titles, and it’s my hope that Venture will join this new endeavor. There are a lot of new directions that we can take the character in and have him be part of that universe.”