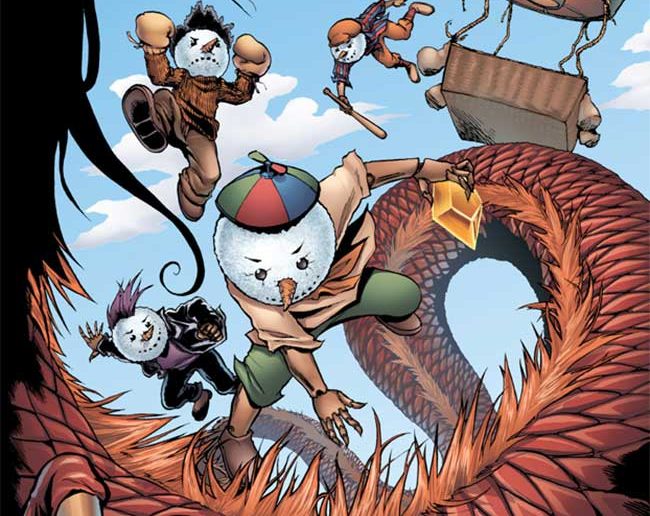 SNOWMANILAS
Writer: Daniel Karhunen
Artists: Cynthia Sousa Rodgers, Andrea Meneghin
Publisher: Markosia Enterprises
The main characters are the four young snowman brothers who are Punkster the cool-headed oldest brother who leads this group of courageous siblings, while Punkster’s brother Rokyo the baseball fanatic can be useful for dangerous adventures when he is hitting big snowballs with his batting skills. Pop-Knock the toughest brother would rather think with his fists, while Wyo the smartest brother thinks with his head instead. The four Snowmanilas brothers are trying to stop greedy anthropomorphic animals like a snowgorilla military unit, snowtiger pirates, a snowtiger mermaid or ninja sharks who don’t understand that their greed could unleash instruments of destructions that could destroy their home planet, Snowmania. It doesn’t matter if the Snowmanilas are facing dangerous obstacles via snowy land, ice cold water or up in the breezy air, because they’ll stop at nothing to save their home planet.