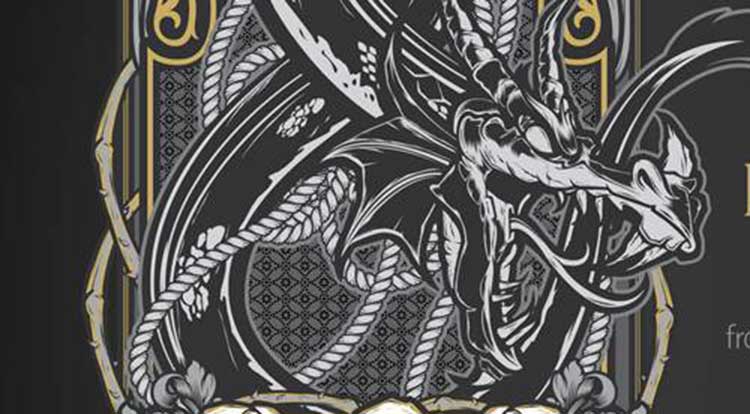 Wizards of the Coast sent me a quick email to let me know that the latest issue of Dragon+ magazine has arrived on the App Store and on Google Play.  Take the jump for a rundown of the issue! Issue #2 highlights the legacy of Dungeons & Dragons in the world of video games, including new details from n-Space on the world and heroes in the upcoming RPG Sword Coast Legends and pre-generated character sheets based on the companions players will recruit in the single player campaign. Readers can also get a preview of Spellstorm, a new novel from Ed Greenwood, the creator of the Forgotten Realms setting, as well as updates on the D&D Adventurers League, a short story set in Icewind Dale and Heroes of Hesiod, a tabletop adventure for kids.

The cover is by Hydro74 (aka Joshua Smith) out of Orlando, Florida, and I’m really digging the ornate design of the dragon design.

“There was a beauty in a simple roll of the dice, allowing thoughts to give birth to greater ideas and finding yourself building something you wish you were in reality,” said Smith. “Being a child of dysfunction, abuse and foster care, Dungeons & Dragons allowed for the child to find his path to manhood in simple forms. The simple poetry of talking about our characters and who we wish we could be made life as a child feel innocent and perfect.

“I never expected to be part of Dungeons & Dragons because it holds a legacy few companies can say they have,” Smith continued. “To get emails from creative directors at Wizards of the Coast with this mutual passion for each other’s work and involvement speaks volumes. So, thank you. It means the world for me to be involved and to be part of the family.”

Here’s the best part of this whole announcement, issue two is FREE on the iTunes App Store and Google Play.