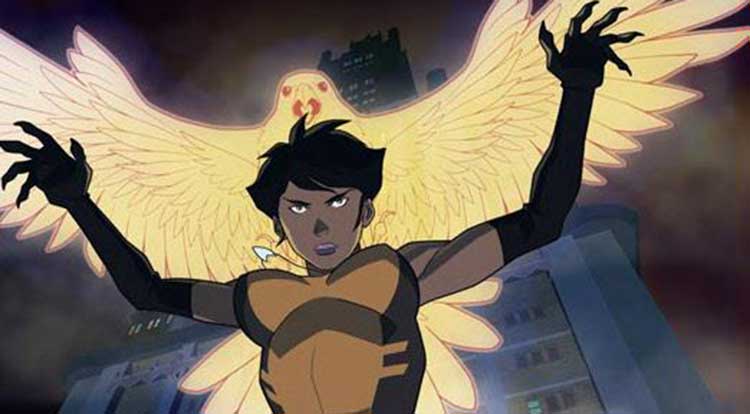 [SDCC’15] Warner Bros. is bringing Supergirl and DC’s Legends of Tomorrow to convention

With Marvel stepping out of Hall H this year, it gives other studios a chance to step up and show off. Warner Bros. Television is taking advantage of the early buzz for its fall season and bringing the pilot episodes of Supergirl and DC’s Legends of Tomorrow to the big show.

This really shouldn’t come as a huge surprise, The Flash and Arrow both were shown at SDCC before the fall season kicked off, but this showing gives the executives another boost when thousands of fans yell, scream, and cheer during the premiere episodes. In addition to Gotham, Flash, Arrow, and Big Bang Theory, fans will also get a chance to see the first adventure of the digital series, Vixen.

Here is the full rundown of the WBTV convention schedule:

10:00–11:00 a.m. The Big Bang Theory (Season 9 Premieres September 21, Mondays 8/7c on CBS): The Big Bang Theory writers are returning to San Diego, to once again solve the comedy equation and take you behind the scenes of TV’s #1 comedy! Ballroom 20

Time TBA Mike Tyson Mysteries (New Episodes Fall 2015 on Adult Swim): With a knockout appearance last year, Iron Mike Tyson is taking on Comic-Con again and this rematch is sure to live up to the hype. After a hilarious season of solving mysteries, the Mike Tyson Mystery Team will be back in the ring with all-new episodes on Adult Swim this fall. Join voice cast Mike Tyson and Rachel Ramras (MAD), and producer Hugh Davidson (The Looney Tunes Show) for a first look at the upcoming season and a Q&A discussion. Location TBA

12:30–1:30 p.m. The 100 (Midseason on The CW): Following the lethal events of the season finale, join The 100 stars along with executive producer Jason Rothenberg as they return to San Diego for their third appearance at Comic-Con. Ballroom 20

1:00–2:00 p.m. Teen Titans Go! (Thursdays 6/5c Cartoon Network): No trip to Comic-Con is complete without spending some time with the liveliest and craziest super hero team on television. Find out what new adventures, food fights and staring contests await Robin, Starfire, Beast Boy, Cyborg and Raven in season three of this hit animated series. Join producers Michael Jelenic (Batman: The Brave and The Bold) and Aaron Horvath (MAD) and members of the voice cast as they screen a brand-new episode, as well as take questions on all things Titans! Room 6A

5:45–6:45 p.m. iZOMBIE (Tuesdays 9/8c on The CW): The brainy hit iZOMBIE returns to San Diego for its sophomore appearance at Comic-Con. After the shocking events in the season finale, be among the first to get the scoop on what’s in store for season two with executive producers Rob Thomas and Diane Ruggiero-Wright, along with series stars Rose McIver, Malcolm Goodwin, Rahul Kohli, Robert Buckley and David Anders. Ballroom 20

6:15–7:15 p.m. Containment (Midseason on The CW): When a mysterious and deadly epidemic breaks out in Atlanta, a vast urban quarantine is quickly enforced, forcing those stuck on the inside to fight for their lives while local and federal officials desperately search for a cure. Containment makes its Comic-Con debut with a special screening of the entire pilot episode, followed by a Q&A with series stars David Gyasi, Christina Moses, Chris Wood, Claudia Black and Kristen Gutoskie, along with executive producers Julie Plec, Matt Corman and Chris Ord. Room 6BCF

8:00–11:00 p.m. Warner Bros. Television & DC Entertainment Present: Super Hero Saturday Night Warner Bros. Television and DC Entertainment will again welcome fans into the worlds of some of DC Comics’ greatest characters during a three-hour super-experience in Hall H. The exclusive evening will feature a pilot screening of the highly anticipated new action series Supergirl, followed by a Q&A with stars and producers; plus, individual special video presentations and Q&As with stars and producers from Arrow, The Flash and Gotham. Also, don’t miss a special Q&A with cast and producers of DC’s Legends of Tomorrow and a peek at the new digital series Vixen. Hall H

10:00–11:00 a.m. The Vampire Diaries (Thursdays 8/7c on The CW): The cast and creative team behind The Vampire Diaries return to San Diego — for the first time in Hall H — for a sizzling seventh appearance at Comic-Con. Series stars Ian Somerhalder, Paul Wesley, Kat Graham, Candice Accola and Michael Malarkey will join executive producers Julie Plec and Caroline Dries on stage for a video screening and Q&A session. Hall H

11:15 a.m.–12:15 p.m. Supernatural (Wednesdays 9/8c The CW): Join series stars Jared Padalecki, Jensen Ackles, Misha Collins and Mark A. Sheppard, along with executive producer Jeremy Carver, as they return to answer questions from the audience about what’s in store for the eleventh season of this exciting series! Fans will also be treated to an exclusive video presentation featuring series highlights, as well as special features from the upcoming Supernatural: The Complete Tenth Season DVD and Blu-ray™ release on September 8. Hall H

Keep watching Major Spoilers as we’ll have even more schedules of things you will see (or if you are not going, things you won’t see) at the con!

Ten “Night Or Not” Supers