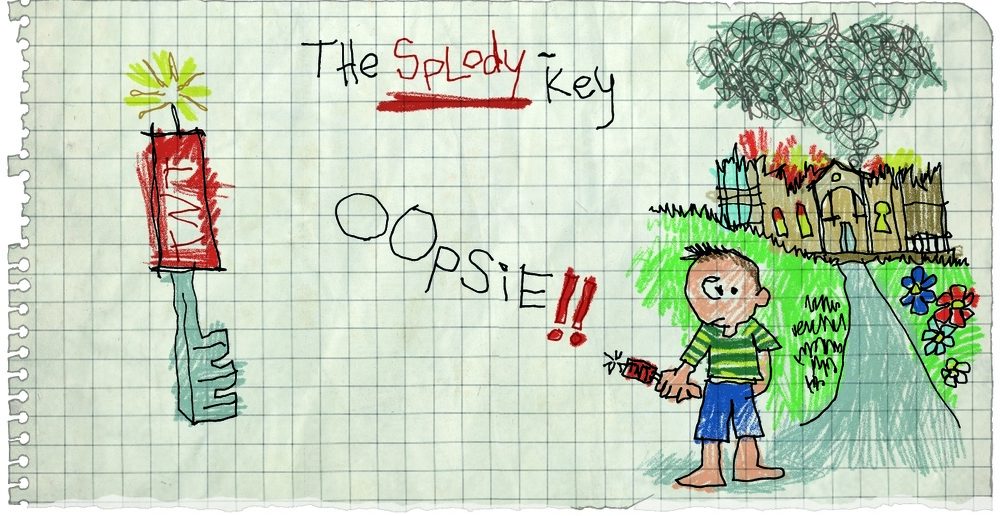 Skelton Crew Studio has unveiled the latest in its line of Locke & Key replica keys, and its ready to explode into your collection. The Splody is featured in the “Guide to Known Keys” popping out of Bode’s imagination. It’s the first time we’ve released a key before it’s been featured in action in the book, but Joe tells us he has cool plans for it in the future.

The Splody Key is on Pre-order now for $30.00, and if you purchase it before June 23rd, you’ll get your key tag signed by Gabriel Rodriguez. The key is set to arrive in September 2015.