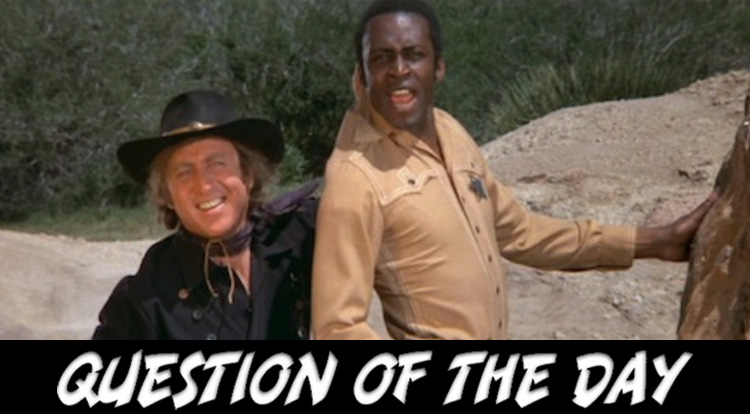 Major Spoilers Question Of The Day: They Don’t Remake ‘Em Like That Anymore Edition

This week, the halls of Stately Spoilers Manor have echoed with the tortured howls of Editor-In-Chief Stephen, gnashing his teeth and raging against the plans to remake ‘Big Trouble In Little China.’  (The preceding sentence is an exaggeration for dramatic effect, one of the keys to Quality Literature!)  I feel Stephen’s pain, though, as reports keep saying that ‘The Black Hole’ is due for a big-budget rebooting, as yet unseen, and I was one of the suckers who thought that a live-action G.I. Joe film sounded like a good idea.  Fortunately, a few of my other fave-raves are probably never going to make a comeback in today’s film-making world.  The uncouth, racially-charged humor of ‘Blazing Saddles’ seems to defy remaking, and nobody really wants to know what happened to Veruca Salt after her adventures in Willy Wonka’s furnace-room.  Even if they DO bring back V.I.N.Cent and friends in a big-dumb shoot-em-up with Johnny Knoxville, I know we’ll always have motion-controlled miniature special effects, which leads us to today’s reimagined query…

The MS-QOTD (pronounced, as always, “misquoted”) is quite certain that nearly all of Mel Brooks’ best work is out the window, as well as the exquisite madness that is ‘Doctor Strangelove’, asking: Which of your favorite pop-culture experiences are you happy to know simply CANNOT get a remake?