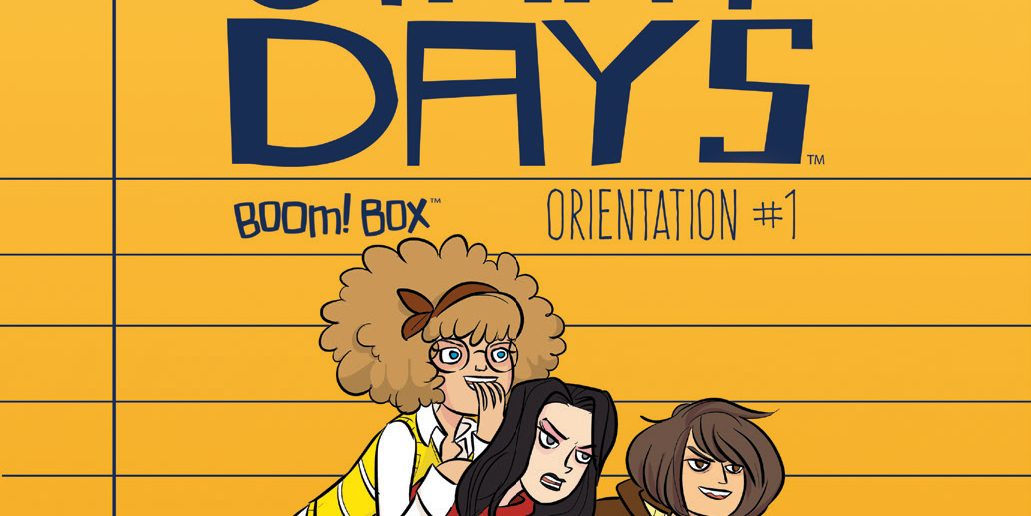 BOOM! Studios has announced that its BOOM! Box imprint series Giant Days, is moving from a six-issue series to a 12-issue series.

The decision to double the number of issues is due to the success the series has had.

“Giant Days has been everything we hoped it would be and more,” said BOOM! Studios Editor-in-Chief Matt Gagnon. “It’s hard to find characters more enjoyable and hilarious than Esther, Daisy, and Susan. This Orientation Edition is the perfect way for new readers to catch up and discover the awesome comics that John (Allison) and Lissa (Treiman) are serving up every month.”

To get readers up to speed, BOOM! Studios is combining the first two issues into an oversized volume, Giant Days: Orientation Edition that will retain a $3.99 cover price.

Susan, Esther, and Daisy started at university three weeks ago and became fast friends. Away from home for the first time, all three want to reinvent themselves. But in the face of hand-wringing boys, “personal experimentation,” influenza, mystery-mold, nu-chauvinism, and the willful, unwanted intrusion of “academia,” they may be lucky just to make it to spring alive.