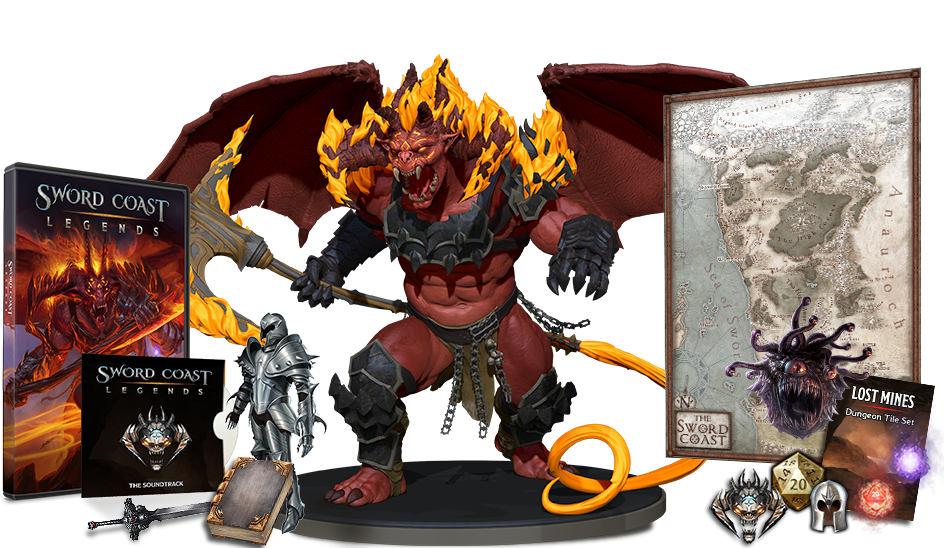 n-Space and Digital Extremes have announced that the upcoming Sword Coast Legends will arrive on the Steam platform in the third quarter of this year.

Sword Coast Legends is set in the Forgotten Realms universe created by Wizards of the Coast for Dungeons and Dragons.

“For far too long, passionate and dedicated Mac and Linux RPG gamers have been left out in the cold, forced to watch from the sidelines as the industry focused efforts on just a select few platforms. That ends today,” said Dan Tudge, President of n-Space and Director for Sword Coast Legends in a prepared statement. “With Sword Coast Legends, we are dedicated to delivering exactly the sort of classic, D&D, RPG gaming experience fans on every platform have been clamoring for. More importantly, we’re committed to providing the community with the largest possible pool of adventurers and prospective Dungeon Masters by ensuring that all gamers can play together regardless of which operating system they use.”

The game will release on the Steam platform for Mac, PC, and Linux systems.

Pre-order Now at www.swordcoast.comYour Story. Your Adventure. Your Legend.Set in the lush and vibrant universe of the Forgotten Realms Sword Coast Legends o…

The Digital Pre-Order Pack has a $34.99 price for those who want to get in on the ground floor, but if you are more adventurous, a Deluxe Edition is also available that includes some cool in game items, and a Limited Edition Collector’s pack ($239.99) allows you to upgrade in game items, but also includes real world items like a map, and a statue of Belaphoss.

The game sounds interesting, and the graphics looks pretty good, but the big question is, “will you play it?”