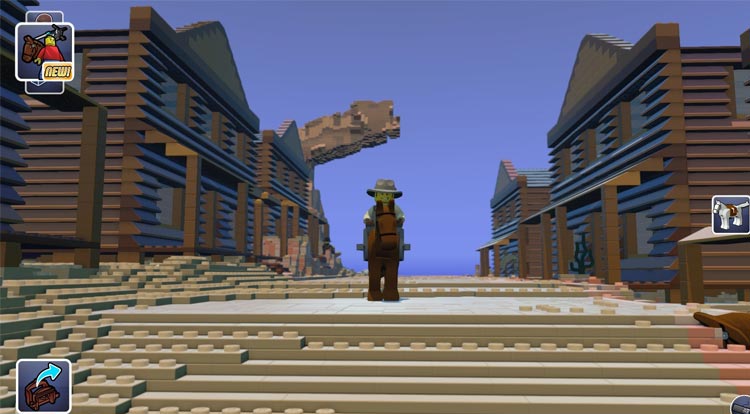 Leaks are a common occurrence with LEGO, but the recent one showing that the company was ready to release a “Minecraft-like” game set the Internet on fire and there is no end in sight now that the game is available in Early Access.

Minecraft has long been described as the digital version of LEGO so it does make sense that LEGO would simply make their own world-building game. To get a sense for the feel of the game while it is still in it’s early stages, watch the video below featuring the first five minutes of gameplay from Mike Fahey.

To join the discussion about this episode, go here: http://kotaku.com/the-first-five-joyous-minutes-of-legos-minecraft-1708184894Kotaku’s Mike Fahey shows of…

Now, I haven’t played Minecraft for more than 5 minutes, but I do now about Creepers and the whole skeleton thing seems a little-bit too on the nose. But…I’m going to look past that because YOU CAN BUILD WHOLE LEGO SETS!!

LEGO Worlds is in a wonderful position to make a lot of money (and a lot of fans happy) by pulling on the nostalgia strings from years of wonderful memories of fans playing with their physical sets. And, if they can get some Minecraft players to make the switch they could climb to the top of the pile of procedurally-generated games rather quickly.

Will you be handing over the $14.99 to explore and build in LEGO Worlds?