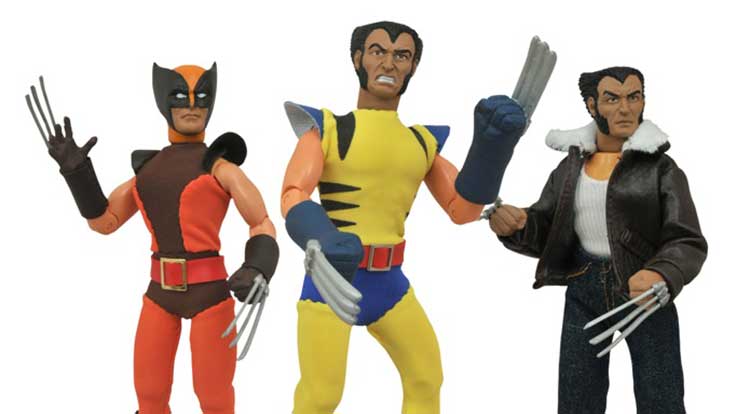 [Toys] Wolverine gets the Mego treatment

Back in the day, Megos were the cool action figure dolls featuring the likes of Star Trek, Planet of the Apes, and more. Today, the Mego line is back and expanding. Diamond Select Toys has announced Wolverine is joining the retro lineup.

Since Wolverine never received the Mego treatment, DST and EMCE Toys have created their own ’70s style costume.

Wolverine’s Logan accessories include a bomber jacket, jeans, tank-top, boots, clawed hands and a unique unmasked head sculpt. Wolverine’s brown costume comes with a sculpted masked head and open and closed claw hands. The set includes a vintage-style window box for the classic Wolverine figure, as well as a booklet about the history of Wolverine in comics and toys, all packaged in a displayable gift tray. If you are a Wolverine fan, then you will need to let your local comic shop know you want one of these, as the Mego Wolverine is limited to 3,000 pieces. The MSRP for the figure is $80.00.