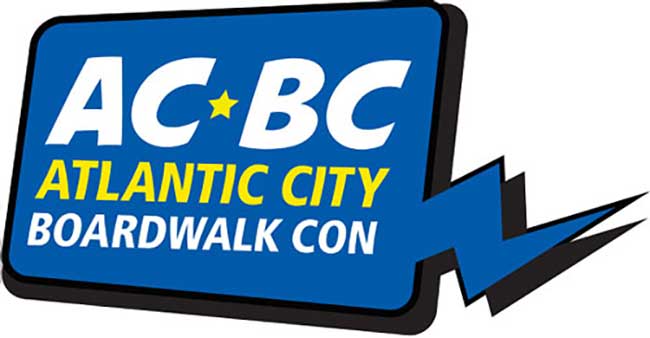 Actor and novelist William Shatner will headline a mega panel at the first annual Atlantic City Boardwalk Con (ACBC) to be held May 14-17 at the Atlantic City Convention Center in Atlantic City, New Jersey.

Shatner will be on hand at ACBC to unveil plans for the eagerly anticipated launch of William Shatner’s MAN O’ WAR as a Cinematic Graphic Novel from newly formed LNL Partners, a digital-entertainment company formed by noted comic-book and entertainment executives and creative veterans Mariano Nicieza, Scott Liggett and Gary Laird, partnering with the digital-media company Panelfly and Shatner.

The official adaptation of William Shatner’s MAN O’ WAR Cinematic Graphic Novel is a 16-chapter taut, action-filled drama of a controversial ambassador sent to negotiate peace between workers at a Martian mining colony and the corporation that owns their lives. Its flawed but charismatic hero, Benton Hawkes, confronts corrupt powerbrokers, political assassination, clandestine relationships and dangerous exploration and investigation on a depleted Earth and a powder keg Mars.

To mark the Atlantic City Boardwalk Con, the William Shatner mega-panel will kick-off the preorder phase of the MAN O’ WAR Cinematic Graphic Novel series exclusively via the company’s website together with a free sneak preview (www.shatnersmanowar.com). The series will be introduced to the public this summer in conjunction with the start of Comic-Con International: San Diego.

Joining Shatner on the MAN O’ WAR panel at ACBC is the creative team behind the Cinematic Graphic Novel (which is already garnering acclaim from many of the most significant creative forces in the industry), including artists Philip McNulty, Rick Emond and Eric Vincent, art director Wilson Ramos Jr. and editor Frank Lovece, and Panelfly CEO Edward Lang. The event will also feature a specially produced video presentation of the release, unveiled here for the first time.

“Showcasing Shatner at his best, William Shatner’s MAN O’ WAR Cinematic Graphic Novel features humanistic storytelling based on his more than 50 years of performance and his lifetime of understanding power and people. A lifelong fan of comics, Shatner has actively worked on projects in this field and has had an ongoing vision to advance the medium with technological enhancements. With the surge of popularity for mobile devices, and with new devices in the pipeline, he believes the time is ripe to introduce a new product channel into the market – and we are thrilled to be part of his vision – and extremely excited to share all the excitement with fans at ACBC,” said Mariano Nicieza, LNL Partners Co-Founder.

About ACBC: Atlantic City Boardwalk Con is the amazing comic, cosplay and all things geek convention in Atlantic City, New Jersey on May 14–17, 2015. Strategically positioned on the Con Calendar to be the premiere convention on the East Coast in the first half of the year, ACBC has a unique footing that truly makes it a stand-out show for exhibitors and attendees. www.DoACBC.com

William Shatner is a Canadian actor and novelist. He became an entertainment legend as Star Trek’s Captain James T. Kirk in a classic TV series and seven blockbuster films. The winner of two Emmy Awards, he has starred in series including Boston Legal, Rescue 911 and TJ Hooker. He is also a prolific writer of science-fiction novels including the Man o’ War, TekWar and Quest for Tomorrow series.

Gary Laird is an Emmy Award-winning digital artist who has had a successful 30-year career as a producer, director and film editor. For the last 12 years he has created and designed thousands of digital animations and DVD promotions for Walt Disney Home Entertainment.

Scott Liggett is an Emmy Award-winning music and audio producer who has had a successful career as a musician, composer, music producer and executive. As a music producer, he has worked with William Shatner, all major TV networks, the NFL’s Super Bowl, American Greetings and Howard Stern.

Frank Lovece (Editor) combines his background as a comics writer for Marvel Comics, Dark Horse Comics and others with his editorial experience as former web editor of the Syfy channel and Sound & Vision and Popular Photography magazines. As a journalist, he has contributed to Entertainment Weekly, the Los Angeles Times, The Hollywood Reporter, Newsday, Film Journal International and many other publications.

Wilson Ramos Jr. (Art Director) is a 25-year comic-book industry illustrator and designer for Marvel Comics, DC Comics and others. He’s worked on comic books and trading cards for such characters and series as Wolverine, Thor, Deadpool, Star Wars and The Walking Dead.

About LNL Partners’ Comics Division:
LNL Partners is a partnership of Emmy Award-winning Disney digital artist/editor GARY LAIRD, Emmy Award-winning music and audio producer SCOTT LIGGETT and MARIANO NICIEZA, a publisher and producer with credits for Marvel Entertainment, Disney, Malibu Publishing, Fleer, Paramount and Panasonic. Perfecting its innovative technology over the course of two years, enlisting experienced and proven comics artists and writers, LNL Partners has developed the resources to sustain a longtime presence in this competitive and exciting marketplace.

About Panelfly:
Panelfly, Inc., is a leader in creating the ultimate digital fan experience. Our unique transmedia storytelling approach, coupled with deep content discovery, social interactivity, and storefronts re-imagined, Panelfly takes traditional on-screen experiences to a whole new level. Beyond the Internet, Panelfly is driven to deliver the world’s most immersive, interactive digital fanfest, whether at home or on the go. Panelfly – Engage. Explore. Enjoy. For more information, visit www.panelfly.com