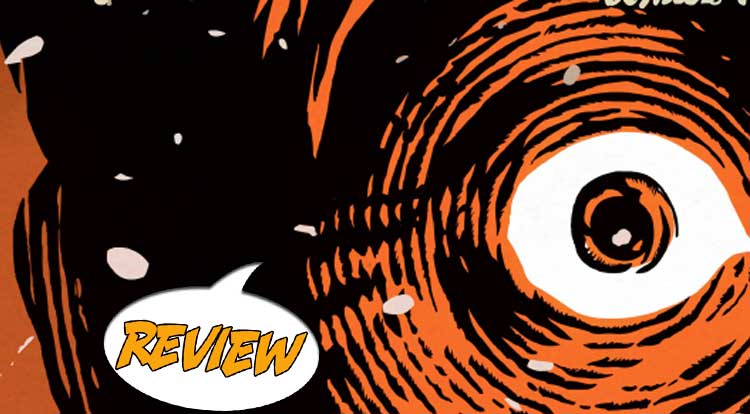 With a burning Riverdale left behind them, the survivors of the zombie apocalypse have gone to ground in the mountains.  As Christmas Eve approaches, what new horrors await them?  Your Major Spoilers review of Afterlife With Archie #8 awaits!

Previously in Afterlife With Archie: The death of his pet, Hot Dog, hit Jughead Jones hard, and he begged his friend Sabrina to help, to do something to save his lost pal.  That would be heartbreaking enough in normal circumstances, but Miss Sabrina Spellman was also a powerful magical force, and even though she had been warned not to use her magic for such purposes, she agreed.  The resulting spell made Hot Dog an undead monster, who bit Jughead, who bit others, leading to a full-on zombie apocalypse.  A few ragtag survivors holed up at Lodge Manor, but were eventually overrun and forced to leave their beloved Riverdale behind entirely.  Last time, Cheryl Blossom and her brother Jason went into the zombie-infested woods together…

Only Cheryl came back alive.

We open on Christmas Eve, in Vermont, in a creepy hotel that is very (intentionally) reminiscent of the Overlook Hotel, where Jack Torrance legendarily lost his mind.  It seems that young Archibald Andrews may be likewise on a downward spiral, as he sits and tells the tale of what happened after Cheryl Blossom returned from the mysterious woods, while drinking…

…root beer.   It’s still an Archie Comic, after all.  The real kicker of this scene is irrevocably tied into the truly shocking reveal of this issue, and thus not something I want to spoil, but the sight of a disheveled Archie telling his harrowing story is immediately riveting.  The crux of the flashback story he tells is the question of whether or not the survivors of Riverdale are going to trust Cheryl Blossom, with Archie voting ‘Yay’ and his long-time nemesis Hiram Lodge voting ‘Nay.’  Thus begins a vote among the survivors and a very unpleasant revisiting on the battle of wills between Archie and Mr. Lodge, as the last veneers of civilization are stripped away entirely.

THE HORRIFYING HIDDEN SECRET OF RIVERDALE

There’s an equally harrowing discussion between Archie and his mother which reveals something important about the small town in which Arch has lived his idyllic young life, and it is a doozy.  The art, as always, is spectacular, with Francesco Francavilla filling every page with nuance and menace, and even the sight of Archie putting on a salvaged tuxedo to join the holiday festivities is deliciously fearful.  In short, this issue is top-notch work, made even more effective by the appearance of a very unexpected character and influences of ‘The Shining’ and ‘The Haunting Of Hill House.’  Next issue promises to give us some perspective on Riverdale’s jerkbag supreme, Reggie Mantle, whose actions put all this horror in motion when he carelessly ran over Hot Dog in his jalopy, a story that I’ve been looking forward to.  (Even more so after a revelation in this issue.)  While I know how frustrating it can be to read a review that is too secretive and precious about the material being reviewed, I want you to know, Faithful Spoilerite, that every iota of mystery that I’m unwilling to spoil for you will enhance your reading experience…

I have been a fan of Roberto Aguirre-Sacasa for some time, ever since the sadly short-lived Marvel Divas series half a decade ago, but his work on the Archie horror books has put him in my Top Ten favorite working comics authors, and deservedly so.  Afterlife With Archie #8 is an excellent issue of an excellent series, with a revelation that puts a new face on 75 years of comics, while entertaining/scaring the bajeezus out of me, earning a dead solid perfect 5 out of 5 stars overall.  I implore you, right now: Go get this comic book.  You won’t regret it.

Puts a whole new face non a decades-old franchise, and does it with style (and menace.)