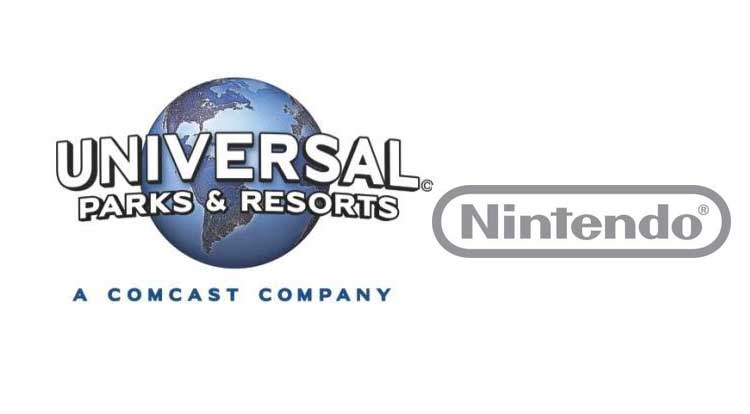 The agreement brings two icons of entertainment together and represents a significant partnership for Nintendo as it expands the reach and popularity of its characters and intellectual property.

The immersive experiences will include major attractions at Universal’s theme parks and will feature Nintendo’s most famous characters and games. More details will be announced in the future, as the Nintendo and Universal creative teams work to create specific concepts.

About Universal Parks & Resorts
Universal Parks & Resorts, a unit of Comcast NBCUniversal, offers guests around the globe today’s most relevant and popular entertainment experiences. With three-time Academy Award winner Steven Spielberg as creative consultant, its theme parks are known for immersive experiences that feature some of the world’s most thrilling and technologically advanced film- and television-based attractions. Comcast NBCUniversal is a global media and technology company that owns and operates a valuable portfolio of news, sports and entertainment networks; Universal Pictures, a premier motion picture company; significant television production operations; a leading television stations group; and world-renowned theme parks.

About Nintendo
The worldwide pioneer in the creation of interactive entertainment, Nintendo Co., Ltd., of Kyoto, Japan, manufactures and markets hardware and software for its Wii U™ and Wii™ home consoles, and Nintendo 3DS™ and Nintendo DS™ families of portable systems. Since 1983, when it launched the Nintendo Entertainment System™, Nintendo has sold more than 4.3 billion video games and more than 680 million hardware units globally, including the current-generation Wii U, Nintendo 3DS and Nintendo 3DS XL, as well as the Game Boy™, Game Boy Advance, Nintendo DS, Nintendo DSi™ and Nintendo DSi XL™, Super NES™, Nintendo 64™, Nintendo GameCube™ and Wii systems. It has also created industry icons that have become well-known, household names such as Mario™, Donkey Kong™, Metroid™, Zelda™ and Pokémon™. A wholly owned subsidiary, Nintendo of America Inc., based in Redmond, Wash., serves as headquarters for Nintendo’s operations in the Western Hemisphere. For more information about Nintendo, visit the company’s website at http://www.nintendo.com/.