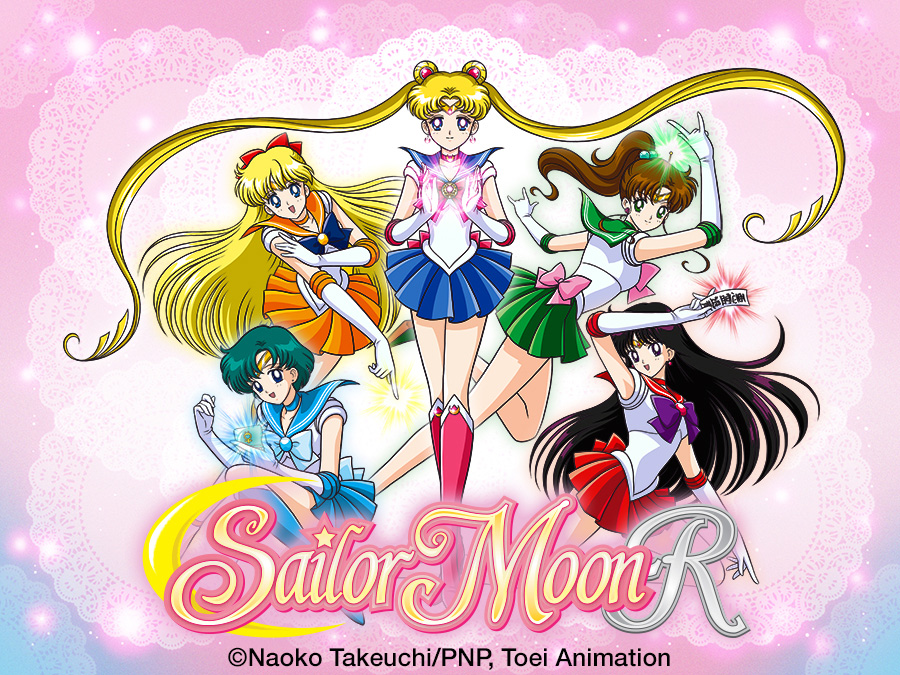 The SAILOR MOON R Mini-Moonlight Party takes place this Friday, May 8th, beginning at 6:00pm PST on VIZ Media’s YouTube channel at: http://bit.ly/MnMlPMAY. The interactive live-stream event will complement the Neon Alley/Hulu streams of SAILOR MOON R Episodes 61 and also Episode 67, which has never been released in English in North America.

As the episodes stream via Neon Alley/Hulu, viewers can take part in a live Q&A with VIZ Media SAILOR MOON team that will run in real-time throughout the evening. Fans are also encouraged to send “Sailor Selfies” showing their love of SAILOR MOON via the official VIZ Media Facebook page, and via Twitter using the special hashtag, #MoonlightParty. The team will also be running special SAILOR MOON trivia.

“We invite fans and viewers to join us for a special Mini-Moonlight Party to celebrate the premiere of these new dubbed episodes with a fun evening of SAILOR MOON revelry,” says Charlene Ingram, Senior Marketing Manager, Animation. “Don’t miss the never before seen dubbed episode 67 featuring fun in the sun for our favorite Guardians. Join in the fun this Friday evening!”

Viewers can complement their episode streams with interactive commentary from the VIZ Media staff, who will answer questions and offer little known facts about SAILOR MOON R and the evening’s streamed episodes. Viewers also may submit questions throughout the event via YouTube, in the comments sections of the actual live stream (as available). A trivia contest will award knowledgeable fans a variety of SAILOR MOON prizes including posters, art cards, t-shirts and more! Viewers will be able to submit their answers via Facebook and Twitter.

In SAILOR MOON R, Usagi and her friends return to their normal lives after their epic battle, but the Sailor Guardians are called back into action when powerful new enemies appear. By the power of the Legendary Silver Crystal, Sailor Moon gains strength with a dazzling new attach and transformation. The coming battle won’t be easy, but things get even more complicated when a mysterious pink-haired girl falls form the sky and goes after Mamoru!

Home media pre-orders are available now from all major online retailers for the classic SAILOR MOON R anime series which will be released on July 14th as a Limited Edition Blu-ray/DVD Combo Pack and also as a Standard DVD edition. The new SAILOR MOON R Set 1 Blu-ray/DVD Combo Pack and Standard DVD Set are rated “TV-PG” and contain Episodes 47-68 along with special premium packaging and notable bonus features. The new sets notably include the previously unaired Episode 67: “The Beach, the Island and a Vacation: The Guardian’s Break,” which was never broadcast or released during the SAILOR MOON’s original North American run.