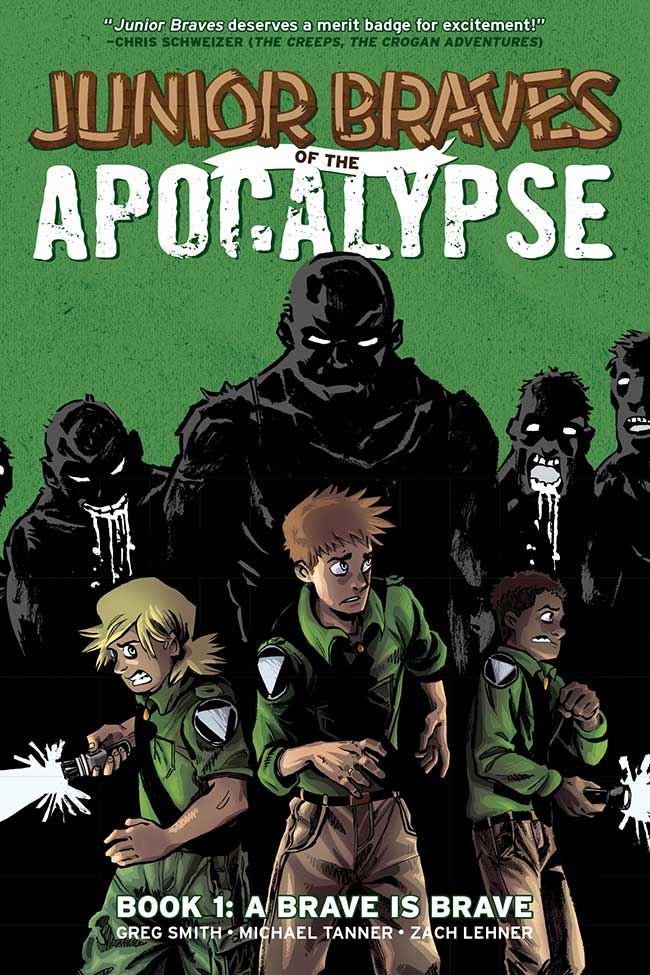 Junior Braves of the Apocalypse follows the young scouts of Tribe 65, returning from a camping trip to find swarms of bloodthirsty zombies have overrun their town, bringing death and destruction everywhere they go. With their families missing and their homes destroyed, these plucky kids must use of all their scouting talents, combined smarts, and teamwork to survive the end of the world. Junior Braves of the Apocalypse Book 1: A Brave is Brave is the beginning of an exciting new young adult graphic novel series that is one part Goonies and one part The Walking Dead. Full of zombies, adventure and handy tips for wilderness survival!

Oni Press is excited to be working with the creative team of Greg Smith, Michael Tanner and Zach Lehner on this title. Junior Braves of the Apocalypse Book 1: A Brave is Brave is poised to launch a much needed alternative to The Walking Dead for younger fans. Retailers, parents and comic book fans will be able to introduce young adults to comics through a relatable story and characters that still manage to thrill and entertain older readers. Bunn and Bivens team for Retroverse