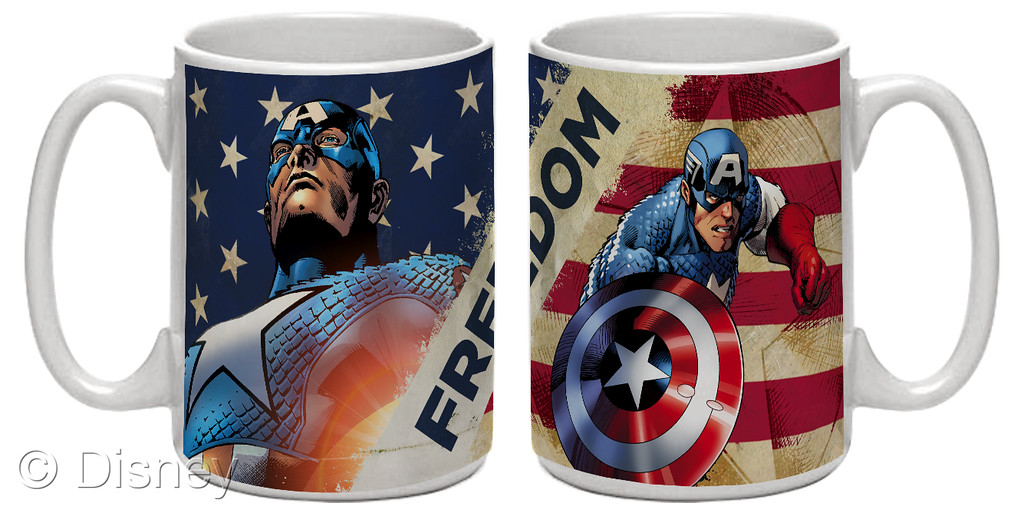 As excitement builds for the release of the highly-anticipated “Marvel’s Avengers: Age of Ultron,” Disney Consumer Products and Marvel, in collaboration with licensee Entertainment Retail Enterprises (ERE), have created a new range of merchandise inspired by Marvel Super Heroes and celebrating real life military heroes. The collection includes t-shirts, hats, drinkware, pillows, blankets and more for fans of all ages, and features iconic Marvel characters and graphics paired with patriotic elements.

As part of this program, Marvel and ERE are donating to the United Service Organizations (USO), which supports U.S. troops and their families throughout their journey in the military, and The Mission Continues, which supports veterans, reservists, and active-duty service members in their reintegration to life after the military. This contribution is part of The Walt Disney Company’s ongoing commitment to veterans including the “Heroes Work Here” employment initiative, which was formed in 2012.

“We’re proud to play a part in the larger cross-company veterans initiative by supporting these two outstanding organizations and heroes in our community,” said Josh Silverman, executive vice president, global licensing at Disney Consumer Products. “Marvel and the armed forces have a long history together, and we’re excited to debut a collection of merchandise that’s headlined by some of our favorite Super Heroes, including Captain America.”

About Disney Consumer Products
Disney Consumer Products (DCP) is the business segment of The Walt Disney Company (NYSE:DIS) that delivers innovative and engaging product experiences across thousands of categories from toys and apparel to books and fine art. As the world’s largest licensor, DCP inspires the imaginations of people around the world by bringing the magic of Disney into consumers’ homes with products they can enjoy year-round. DCP is comprised of three business units: Licensing, Publishing and Disney Store. The Licensing business is aligned around five strategic brand priorities: Disney Media, Classics & Entertainment, Disney & Pixar Animation Studios, Disney Princess & Disney Fairies, Lucasfilm and Marvel. Disney Publishing Worldwide (DPW) is the world’s largest publisher of children’s books, magazines, and apps, igniting imagination through storytelling in ever-inventive ways. DPW creates and publishes books, magazines, eBooks and apps both vertically in-house and through an extensive worldwide licensing structure. DPW is also committed to the educational development of children around the world through Disney Learning, which includes our flagship learning brand, Disney Imagicademy, as well as Disney English and other Disney-themed learning products. The Disney Store retail chain operates across North America, Europe and Japan with more than 350 stores worldwide and is known for providing consumers with high-quality, unique products. Disney Store operates ecommerce channels in nine countries, which can be found here. For more information, please visit Disney Consumer Products www.DisneyConsumerProducts.com.