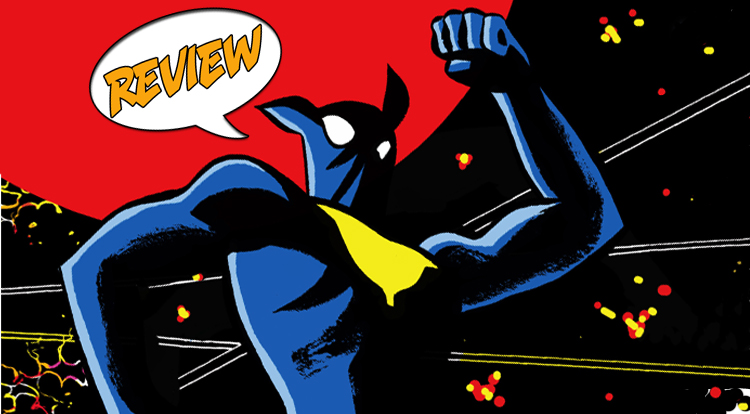 One of comics’ oldest characters, The Fox has been enjoying a new lease on life as a freak magnet.  Now, he’s officially part of the Dark Circle, but is that good news or bad new for him?  Your Major Spoilers review of The Fox #1 awaits!

Previously in The Fox:  Created in 1940, The Fox wasn’t one of MLJ/Archie Comics top heroes, only appearing on the cover of his home title, Blue Ribbon Comics, once before disappearing into limbo.  Each Archie revival has brought us a new Fox, with the !mpact version being an environmental crusader and the DC/Red Circle version appearing as a nunchaku-wielding martial arts hero.  Lately, though, he’s been a freelance investigator and freak magnet, encountering various nefarious mystical threats and getting the tar whipped out of him before saving the day in the nick of time.  It’s actually a lot of fun, but will this be yet another brand-new day for Paul Patton?

I’m happy to say no, as this issue gives us Paul Patton, Jr., ace photo-snoop, who put on the costume of The Fox to bring the biggest stories to him, only to find that the stories don’t stop when he takes off the suit.  We open with The Fox once again tied up, before flashing back a bit to Paul and his son Shinji visiting Paul’s former home town of Beaver Kill one last time, documenting the village before it is razed for a construction project.  Things quickly take a turn for the worse, as Fox’s Smiley-Phone (made by the same company that is preparing to crush his old home town) shows him things that he didn’t see in the image, mostly in the form of a strange green-haired woman.  Things quickly get out of hand, and when we catch up to the current timeframe, the bound Fox discovers that the villain is actually one of his old friends.  The best part of the issue for me is the dialogue between Paul and old friend Linda, discussions of what’s truly important in life, ending with an almost-kiss…

A CHANGING OF THE GUARD?

…that gets interrupted by a full-on tackle from Shinji.  The issue seems to be hinting that Paul Patton is truly ready to give up the role of The Fox, with intimations that Shinji may be ready to become the third generation of Fox (Paul’s father, Paul Sr., was the first, presumably explaining the Golden Age adventures of the hero.)  I’m glad to see The Fox hasn’t completely rebooted away from his last iteration, as it is both unique and fun to read, and the issue’s cliffhanger promises not only to bring back a wide array of MLJ villains, but to give us some excitement going into the first arc of the new series.  The art is, as usual, excellent stuff, with Dean Haspiel delivering nuanced and entertaining art with great facial expressions (especially for Shinji) and nice use of action sequences.  The indication seems to be that this is an older Fox, nearing the end of his career, and the care taken in showing that in the art is impressive.  The final page reveal of a gaggle of long-missing villains (including the hilariously named Gasser) looks pretty amazing as well, and the promise of all-out Fox hunt madness is something I’m really looking forward to.

THE BOTTOM LINE: AN INTERESTING (RE)START

With Black Hood on the stands and The Shield debuting soon, I’m glad to see The Fox keeping its strangeness and charm in the Dark Circle era.  Given the history of reboots and the loss of so many promising characters and premises to the new-and-different, I’m glad to see Waid & Haspiel’s Fox sticking around, with The Fox #1 impressing in story, in art, and in the combination of the two, earning a very impressive 4 out of 5 stars overall.  Here’s hoping that Dark Circle can get some long-overdue traction with this Dark Circle version of their heroes…

Hints of cool stuff to come, with a core of quirky fun. Very much recommended...