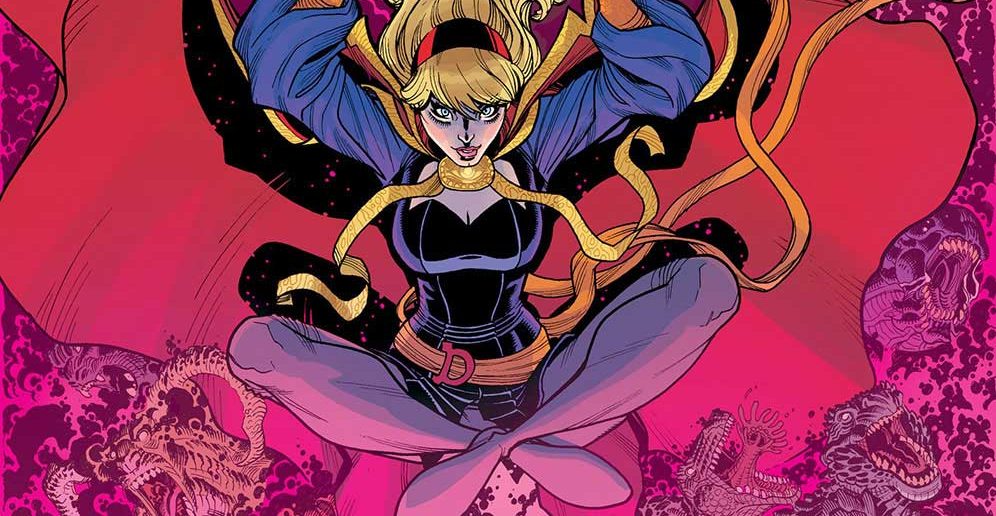 [Variant] Gwen is taking over

She’s smart, charming and she can lift a car! She’s Gwen Stacy, the Spectacular Spider-Woman and she comes to you each month in the pages of the critically acclaimed Spider-Gwen series! But what if Gwen Stacy had lifted Mjolnir to become Thor: Gwen of Thunder? What if she had been awarded the Eye of Agamotto, and battled the forces of the supernatural as Dr. Gwenge? Find out as she powers up for June’s can’t miss GWEN VARIANTS – as the industry’s top artist show you a side of Gwen Stacy you’ve never seen before!

“Gwenom? The InGwenible Hulk? The Mighty AGwengers? What about G.W.E.N.D.O.K.?,” asks Marvel SVP Sales & Marketing David Gabriel. “The possibilities are endless. As soon as the idea came together to portray Gwen as a variety of Marvel heroes, our artists couldn’t sign up fast enough. They’re having a ton of fun putting these together and it shows.”

Gwen Stacy Variants will be available throughout the month of June, coming to these 20 exciting titles: Featuring artwork by some of the top talent in the industry, Marvel urges retailers to check their orders on these hotly anticipated variant covers. No fan will want to miss the chance to see the incomparable Gwen Stacy as she transforms into some of Marvel’s biggest characters when the GWEN VARIANTS come to comic shops this June!