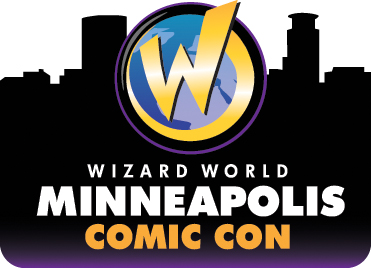 [Convention] Wizard World Presents: An Evening With Kevin Smith In Minneapolis, Friday, May 1

Kevin Smith, who wrote and directed Clerks, Yoga Hosers and the series “Comic Book Men” among his many credits, will host “Wizard World Presents: An Evening With Kevin Smith” on May 1 in Minneapolis. Organized in conjunction with Wizard World Comic Con Minneapolis, the live Q&A session will begin at 8 p.m. at the State Theatre (805 Hennepin Avenue) in Minneapolis. “I’m a big Minnesota fan—both in size and spirit,” said Smith. “This hockey-loving state was home to Mallrats back in 1995, so anytime I get a chance to return, it feels like a sort of homecoming. I’m grateful to Wizard World Minneapolis for bringing me to the show, where I’ll be scouring the floor for any bootleg copies of Avengers: Age of Ultron. If I find one, Avengers assemble in my room after the show.”

“We are excited to present Kevin Smith’s interactive session as a kick-off Friday night event at Wizard World Comic Con Minneapolis,” says John Macaluso, Wizard World CEO. “Kevin is one of the funniest human beings alive and is amazingly popular with our fans. Everyone will love it!”

Tickets for “Wizard World Presents: An Evening With Kevin Smith” will be on sale soon via Ticketmaster at http://www.ticketmaster.com/event/06004E87A14D298E. Pricing begins at $25.00.

Smith will also help Wizard World Comic Con Minneapolis get underway by appearing with other dignitaries at the second annual festival’s official Ribbon Cutting ceremony at 5 p.m. at the Minneapolis Convention Center. The three-day pop culture convention is set for Friday through Sunday, May 1-3 (Smith will not otherwise appear at the event).

A writer, comedian, podcaster, and film director, Smith has written and directed numerous films, including Dogma, Red State and Tusk, in addition to Clerks, Chasing Amy and Jay & Silent Bob Strike Back. He also has authored Silent Bob Speaks, Shootin’ the Sh*t with Kevin Smith, My Boring-Ass Life and most recently Tough Sh*t: Life Advice from a Fat, Lazy Slob Who Did Good. He can be heard daily at Smodcast.com, a vast network of podcasts.