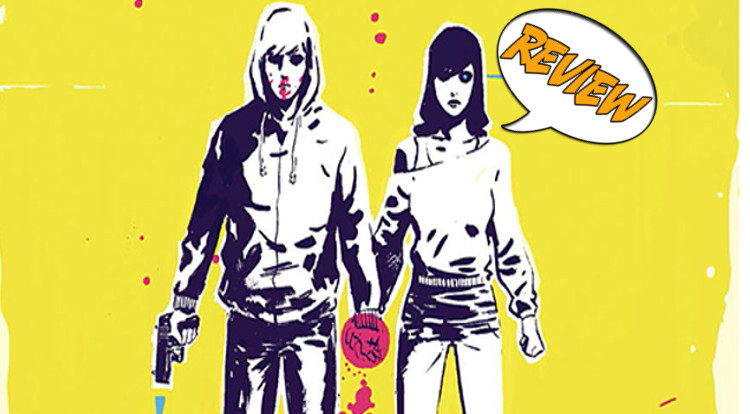 We Can Never Go Home #1 Review

We Can Never Go Home #1 is a superhero original set against the aesthetic of the 1980s with an ending that set it apart from other similar stories. NOT NEW BUT STILL NEAT

We Can Never Go Home #1 debuts the writing team of Patrick Kindlon and Matthew Rosenberg as they debut two characters – Maddie and Duncan – that are growing into their abilities as superhumans during some of the most difficult years of their lives. Certainly the story of characters who manifest powers during their teenaged years I not a wholly original one, but Kindlon and Rosenberg have penned compelling characters and excel at raising the stakes throughout the course of this issue.

In typical teenaged fashion both Maddie and Duncan consider themselves terminally unique and utterly unable to be comprehended by their peers when readers meet them in We Can Never Go Home #1. Kinlon and Rosenberg have imbued classic teenaged attitudes in their protagonists, but they’ve earned these feelings of isolation a little more than their real life contemporaries – Maddie and Duncan have powers.

We Can Never Go Home #1 falls into the John Hughes tropes of having the male and female lead come from different economic background with different levels of respect to and from their parents that manifest in their behaviours. For example, Duncan comes from an abusive household, he’s unpopular and channels his feelings by shooting at bottles and cans at the opening of the book. These opposites attract Duncan and Maddie to each other, in addition to their kinship as metahumans.

Kinlon and Rosenberg have a nice little mystery going in We Can Never Go Home #1 in regards to their protagonists’ powers. Maddie’s energy manipulation is revealed in the first few pages of the issue where Duncan’s abilities are only alluded to. There is strong circumstantial evidence given that Duncan does, in fact, have powers and that they are potentially highly volatile, but at no point do readers get the chance to see them in action – the hope being that the story’s drama will accelerate to a point where Duncan is forced to use them.

By the end of We Can Never Go Home #1 Maddie and Duncan find themselves physically set aside from their contemporaries – and, really, everyone they have ever known – when they are accidentally partners in homicide. The stakes have jumped drastically from being alone to finding a compatriot to allying together against everyone else in the world. Kindlon and Rosenberg have Maddie and Duncan poised to do great things and to struggle along the way in the coming series.

We Can Never Go Home #1 might not be a new story to be told in the comics medium, but it’s a good one to read that’s been well plotted.

Josh Hood provides the art for We Can Never Be Alone #1 and he does a solid job. The design of the characters and settings are very cool, if not entirely retro. The story is set in the 1980s, but the art style very reminiscent of other artists working in the industry today (David Aja comes to mind), it’s very polished.

Duncan and Maddie great character designs. Hood has given the most care to their design and it really shows. They’re fun to look at, they stand out in the crowds they often share scenes with, but, by the same token, Duncan and Maddie make it clear when Hood has spent less time designing their peers. Some of the characters in We Can Never Go Home #1 have expressions that border on cartoonish and really don’t belong in the same world that the events of the story are taking place in. It’s really too bad because in panels when this manifests it’s really quite jarring.

The rest of the design of We Can Never Go Home #1 is solid. Aside from walkmen and lack of cellphones it doesn’t have much indicative of the time period wherein it’s set, but the art is nice to look at.

We Can Never Go Home #1 is a good first issue with a solid story. There’s nothing wholly remarkable about it, but what’s put on the page is fun stuff.

We Can Never Go Home #1 ends with its two teenage leads concluding that the title is true. It's a good, but not stunning debut issue.