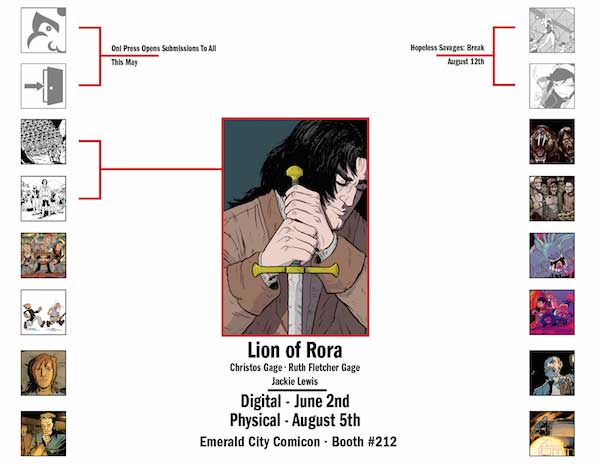 Lion of Rora tells the true story of Joshua Janavel and the Waldensians, a persecuted Christian movement in 17th century Italy. Joshua is inspired to lead his people to resist the tyranny of the local duke and fight for their freedom. His tale is one of hope, strength, and unshakable faith.

“The Waldensians are Ruth’s ancestors, so the story of Joshua Janavel is a personal and important one to us,” said Christos Gage. “But it’s also a universal tale of the struggle for freedom, family and a safe place to call home. Jackie Lewis has done an incredible job capturing both the epic scope of the battles and the small moments that convey Janavel’s struggle between the simple man of peace he wanted to be and the brilliant general he became. We couldn’t ask for a better presentation than what Oni has given Lion of Rora. ”