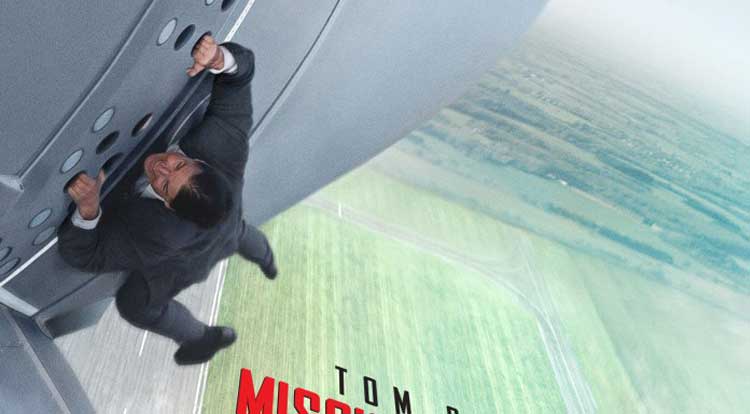 Sunday started off with a bang with the release of the title, trailer, and poster for the next installment in the Mission: Impossible series, Mission Impossible: Rogue Nation.

While you might think “What a nice minute long trailer featuring Tom Cruise clinging to the side of a plane (which is a stunt he actually did himself),” it would be more accurate to call this a “teaser trailer”. Teaser trailers have become all the rage in the last two years with  teasers for teasers for teasers of trailers being released for each studio’s big summer hit, but Rogue Nation’s certainly doesn’t feel like that at all.

With no quick cuts to black, no count down text, and a minute-long run time one would assume this is the first full length trailer, but a longer official trailer is suppose to release sometime today.

Now take a look at the first poster: Does this have a North by Northwest feel to anyone? I can’t pinpoint exactly what it is but maybe it’s the planes, fields, good-looking actors, and a single name above the title that combine to give an overall similar impression.